One of the great things about Oshkosh is the constant sound of aircraft engines turning over. Well of those planes was the B-17 Flying Fortress, “Aluminum Overcast,” which is EAA’s B-17 that is constantly selling rides over the show and throughout the country in Summer months. It’s cool sight to be able to look up and see that beautiful silver plane flying overhead. I don’t usually go with black and white on my aviation images but I thought I would give it a try to bring back that feeling of when they were always flying overhead. 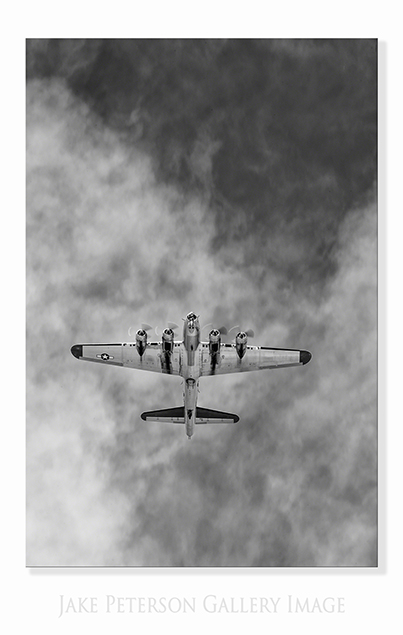