I felt that this was a pretty good way to end the week. Before Oshkosh this year I had never seen a night airshow before. I had heard and read about them but never attended one. So when I heard that Wednesday and Saturday night were going to have night time performances I was pretty darn stoked! Shooting was definitely a little bit different. The only light source at that point at night was from the lights that were underneath the planes by the smokers. Aerostars Aerobatic Displays demonstrate this for us as they were a performer both nights, this one from Wednesday night. 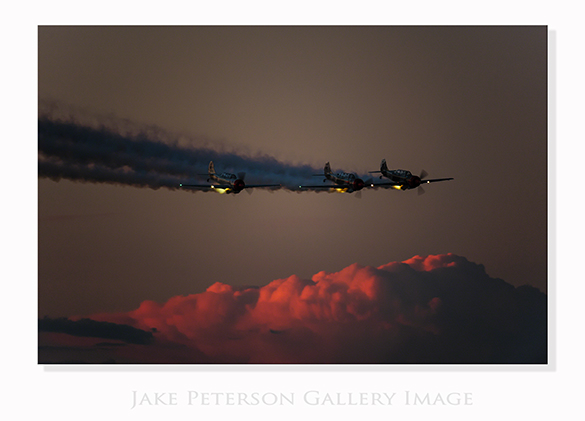 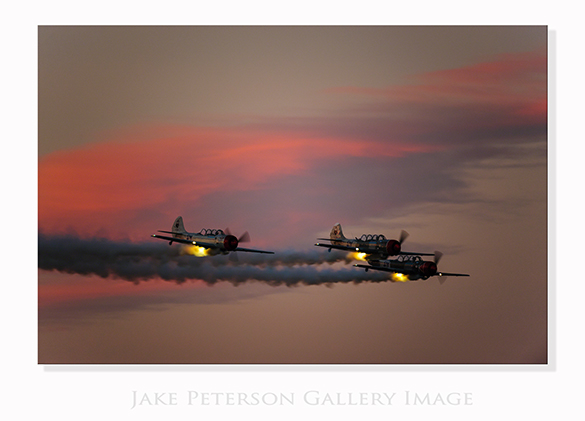 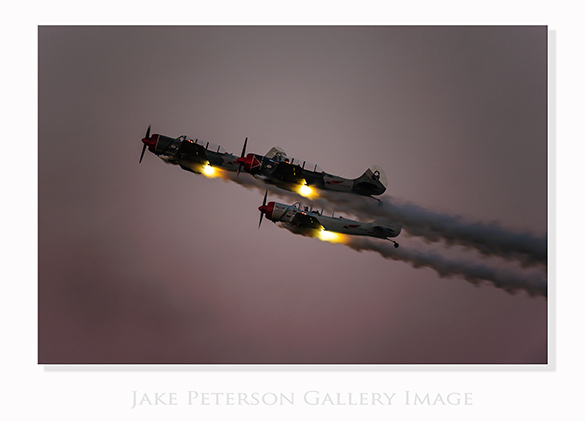 They started a lot earlier then I would have thought advisable but it worked out great because we had some sunset color for the background. As I said it was a little different to shoot but by just raising the ISO a bit and a little post work everything worked out. Eventually it got to be too dark to get anything besides just that smoke light but for a while it was pretty darn spectacular.