The first time I went to Oshkosh I was told one simple thing, “you never know what will show up.” Having been there twice now, both very different experiences, I can honestly say that that is a true statement. Arriving at the beginning of the week and lasting the whole time was this very special and only flying, PV-2D Harpoon. The plane was designed for the invasion of Japan which never happened. Only 40 of these variants were made. This particular one came of the Lockheed Burbank assembly lines in 1944 and has only 800hrs on the airframe, 40hrs on each engine. After the war it was used for a firebomber but that didn’t last long. It is seen today it’s in wartime role as a bomber. The plane currently resides with the Stockton Field Aviation Museum. 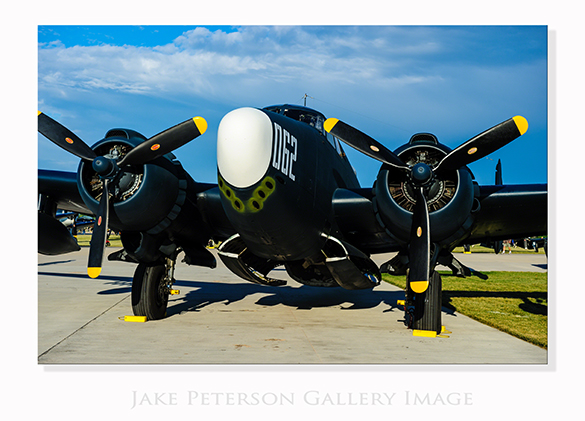