One of my favorite planes is the Howard 500. I have had the chance to photograph this plane a few times now starting with Oshkosh 2011. Both this one example and another blue and white one were at Oshkosh this past August. This plane is under a lot of speculation because no one is quite sure what it is. As it landed and was parked in heritage, we discussed a little history of the plane. Although it greatly resembles a Harpoon, it’s actually it’s own separate plane. A corporate sled was it’s purpose with surplus parts from Harpoon’s and Lodestars being the main frame work. Not many were made and even fewer exist today. To get the prop blur with the slow rpm’s I had to take it down to 1/20th of a second. They be slow props. 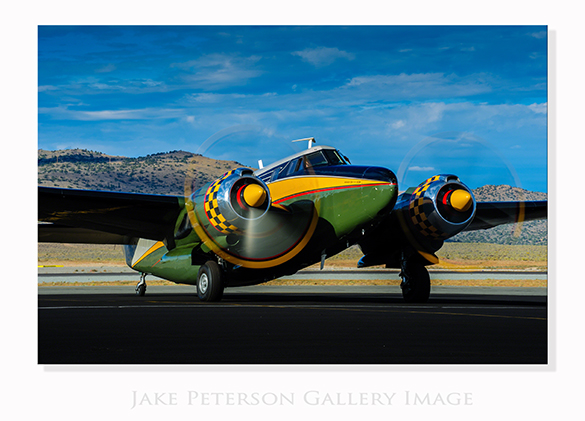