I have to say that of all the trips I have made back and forth between Montana and California, or in this case Nevada, I have never had so much luck finding great subjects both leaving and coming back. Leaving I found the wolves which put me on high all week. Coming back I found low clouds had come in to the canyon between West Yellowstone and Bozeman. I massive rainstorm had gone from Nevada up to Montana and the rain and lightning was massive. It lasted for hours and I was driving through most of it. I ended up breaking my journey home in two because of the weather and the late night. The following morning when I was going through the canyon I was amazed by the clouds rolling through the Pine Trees. It was just gorgeous. 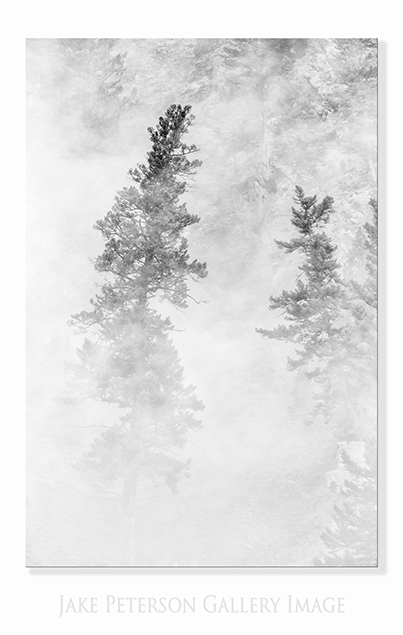 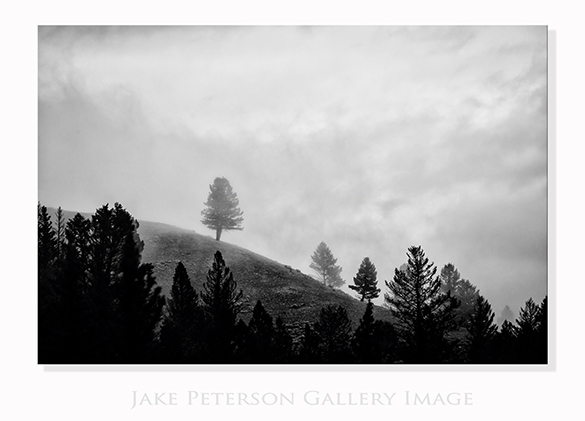 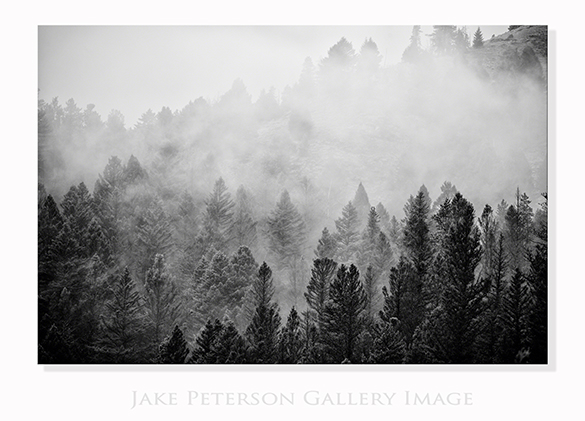 When I saw the light and the clouds my mind instantly went to black and white. Pine Trees make great silhouettes with the right clouds and the symmetrical shapes can be very powerful. Keeping all this in mind I grabbed the 200-400 out of my bag and isolated shots where I though the most drama was. The sky was nothing but grey so going wide really wasn’t going to be that good, but going for those small pockets here and there made for some fun images to play with.