Working out of the side of a B-25 isn’t real easy to do, but it is still fun. When working in formations with no control over where the planes go is where the real challenge lies. In this instance a lot of the shots come from just the opportunities available. The TBM Avenger, FG-1D Corsair and P-40 Warhawk are Asia/Pacific Theater aircraft and together they make a great formation. After doing the stack down with the six aircraft the three planes broke away, the TBM being up top. Usually the Corsair and P-40 would be providing top cover for the slower torpedo plane but because of the stack down it was safer not to rearrange the planes until they were needed for the next shots. 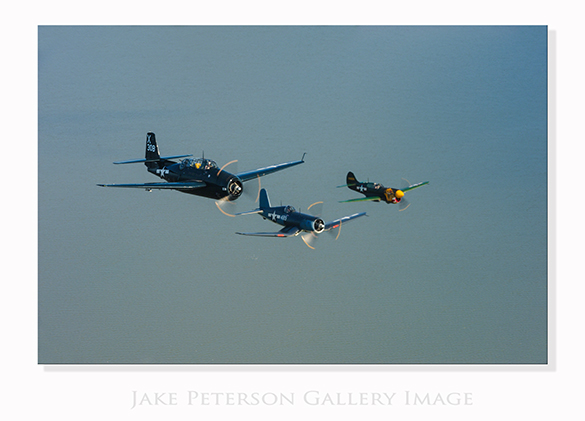