Here is one of those fun experiments that you never quite know what will happen. Having flown in a number of aircraft before I knew that the space to shoot is usually always tight. Therefore having a wide angle lens is really useful. In the last air to air shoot I did with the Texas Flying Legends was in their TBM Avenger. The Avenger is a large torpedo bomber that has four seats in it but could easily fit more. Besides the pilot and myself, one of Kelby’s film crew was in the belly and moved into the turret gunners seat. The TBM is one of the few planes that actually has a lot of space in it. I was in the second seat or navigator seat and had a great vantage spot over everything. Their FG-1D Corsair flew cover for us and even when he was tucked in on the wing he still seemed far away. Because of the great long canopies in the plane, the Fisheye worked great to get the feel of what someone would have felt and saw when looking out over the water. 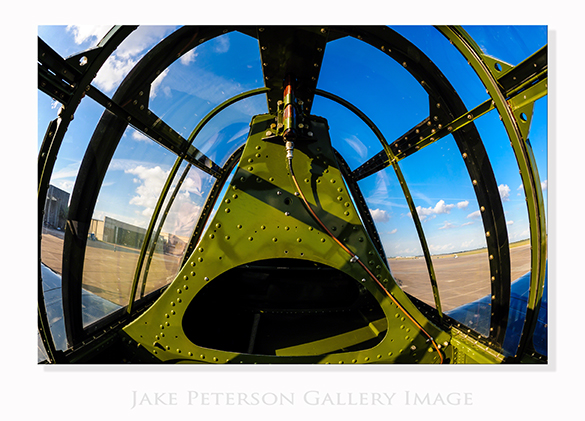 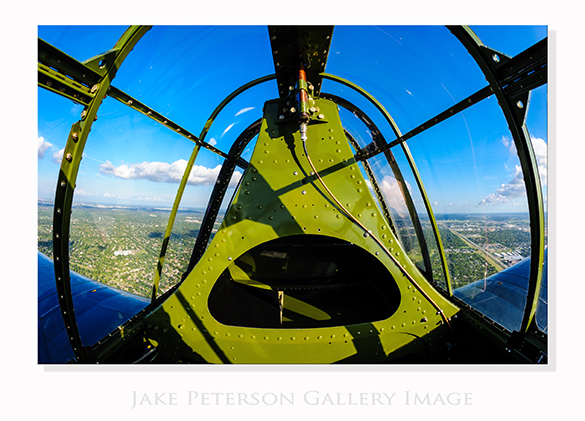 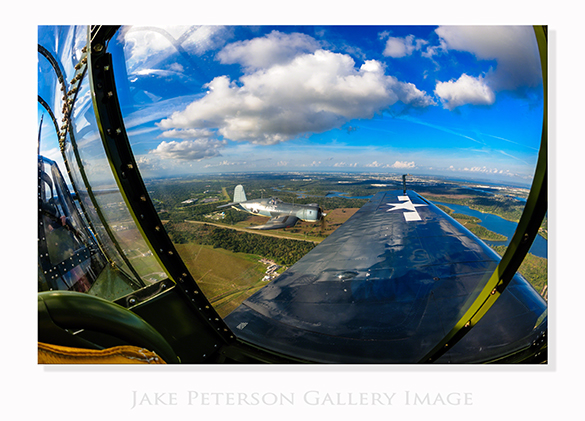 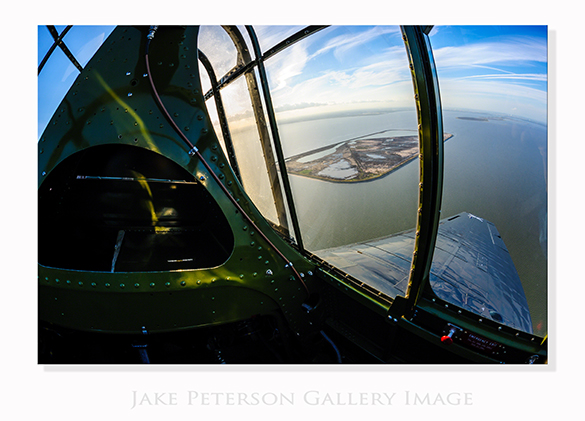