This felt like the right series to end the week on. The last spot on the walk in the upper terrace of Mammoth Hot Springs, at least my favorite spot, had some unbelievable god beams going on which were being made from light going through steam. With the D610 this felt like a great opportunity to test the bracketing series for doing HDR’s. Well as it turned out it really wasn’t needed to capture what I wanted to in the image, so I’ll talk about that feature a little later. What did amaze me yet again was how much information was picked up with that 24.3 MPix censor. I just couldn’t believe how much is there with the highlights and shadows. The steam doesn’t just contain white and yellow variants in the light but also a mixture of blues and violets as the background of the steam changes with the texture of the hot spring. In my D3 this info wouldn’t be there or I would have to do an HDR to retrieve it but it’s there in these images. 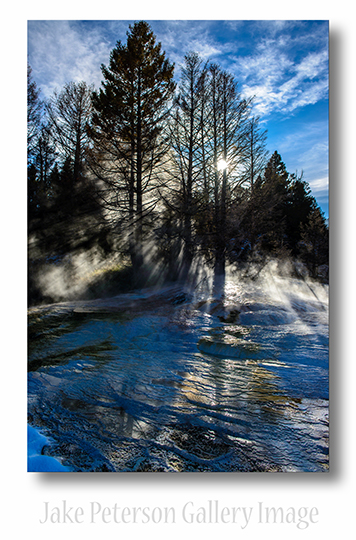 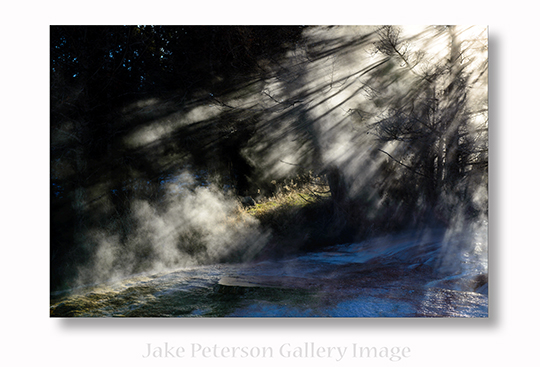 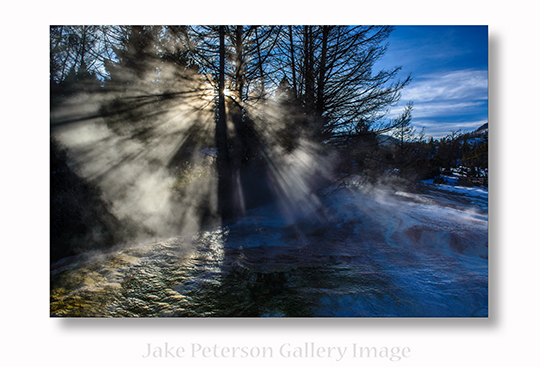 One thing some of you might be wondering is why I only shot with one lens giving the situation. Well simply put I had my sling bag on which contained more lenses. Now I use one of the Lumbar bags from Mountainsmith and a camera lens inserts inside that for extra security. Then with an addition of the backpack harness, I never have to worry about putting my bag down or not having what I needed. I use it in my aviation work as I carry around the bag at airshows. I’m sorry I don’t have a direct link to the bag as it is an older model, but you can find them here.

The other reason I only shot with one lens is, due to the steam from those thermals, I didn’t want to change lenses. That steam can do damage to the front and rear elements as well as inside the camera. That’s why you have to be careful when shooting into the steam and in this case, I waited for the wind to stop so that the steam was going straight up and not at me.