Well another Photoshop World has come and gone. They always seem to go faster than the last one but hey that just means that it was one really good time. The folks and I didn’t leave right after PSW, we stayed a couple days longer in Georgia in order to do some work with the CAF Dixie Wing. The Dixie Wing was started in 1987 and houses some really cool and rare aircraft. Two of those rare planes are the SBD Dauntless Divebomber and P-51D Mustang “Red Nose.” The SBD is one of only two original SBD’s in the world, and unlike many converted T6’s, this one is a true vet. Now the Mustang has it’s own unique story as it is the first plane acquired by the CAF when it got started. Red Nose wasn’t around for us to play with this past weekend but we had fun nonetheless.</p 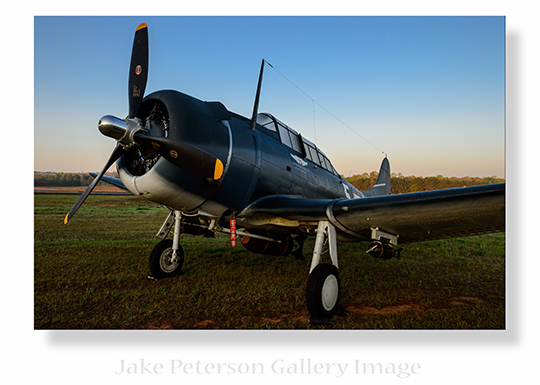 Now this SBD really does have all the bells and whistles. It has three bombs attached under it’s wing. The rear gunner’s station is equipped with a turret and a canopy that does slide forward allowing the guns to come out. The SBD was mainly used a carrier plane that as the name describes, dive on a target, most often a ship, release it’s bomb load and pull out of the dive before the bombs detonated. It was a very high risk job and many pilots did not return from such missions. Between fighters and flak it was a rough gig. 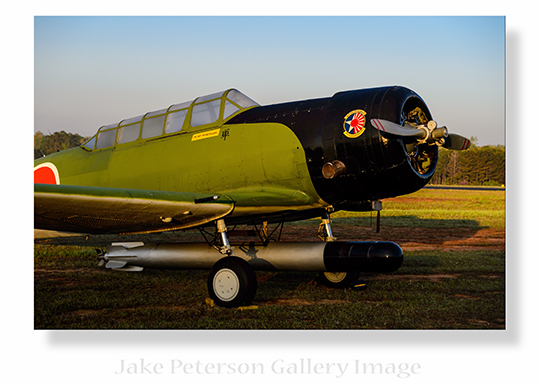 Now this plane turned out to be one of my favorites from the weekend. This is a replica Nakajima B5N or otherwise known as a Kate torpedo bomber. Originally this was once a T6 Texan but was converted to look like a Kate. Believe it or not it’s actually 9ft longer than a T6. It has three seats, pilot, navigator and rear machine gunner. All three stations are accessible and the rear gunner spot has replica guns in it. The one thing that I liked the most, besides the fact that the plane flies with a torpedo, is the paint job. This shade of green, don’t know why, is just a really cool color. It really pops with any background and the different color lines and markings and some character to it. This is really a simple click with a D4 and 24-70 in early morning light. 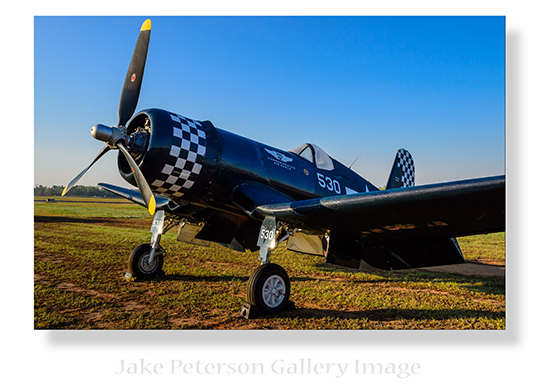 Now I can’t forget about this guy. I have spent a lot of time around Corsairs and I really don’t ever get tired of them. Still considered one of the hardest planes to fly with it’s long nose and sensitive landings, the gull wing fighter is still just one beautiful bird. This happens to be a FG-1D model which is quite rare. The most common models are the F4U-4 which came later and more survived. Early models didn’t really survive and not many were made before improvements were made and they were outmoded. The FG stands for Goodyear who made the same plane as Chance Vought just under a different designation. This particular plane is painted in honor of the F4U-1D’s of VMF-312.