This is something that has come up more and more often. There has always been a discussion on when is it the right time to crop a photograph. Some folks have not problem cropping an image in post, ithers out right refuse to. I was taught that you shouldn’t in post for two reasons. One if not done correctly you can cut pixels and it will show when you make a print and two by doing so you are eliminating information which begs the question why it was there in the first place. Now for those of you using full frame cameras, you have the benefit of being able to go into Dx mode and basically what it does is it gives you a 1.5x crop factor which when turned on you will see in the viewfinder as the edges will be greyed out. Now why am I bringing this up? Well for the first time in a long time I had the need to use it. 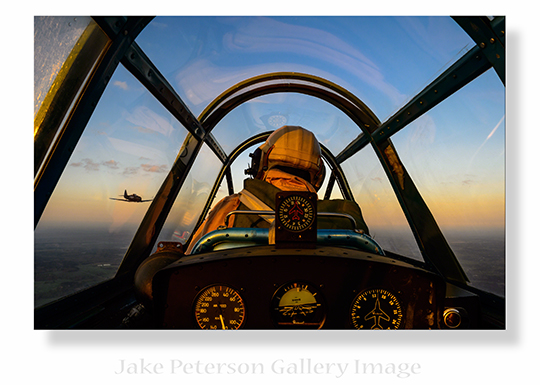 This is from my air to air shoot over a week ago already. As you can see I’m not flying, I’m in the second seat and also the second photographer in the shoot. The plane up front is a SNJ and Dad is the main photographer in the back. The pilot in front of me is a Legal Al, a new friend from the weekend and aptly named for being a lawyer. The Dixie Wing has two Al’s and to keep confusion down each as a nick name. The plane I’m riding is a modified T6 Texan, it was extended 9ft, a torpedo was added, a tail gunner position and a lot more canopy. All this was done in order to make it look like a Nakajima “Kate” Torpedo Bomber. Well that canopy was an issue. Now this top shot is nothing more then the D4 and 24-70 while the sun was coming up, in Fx mode. 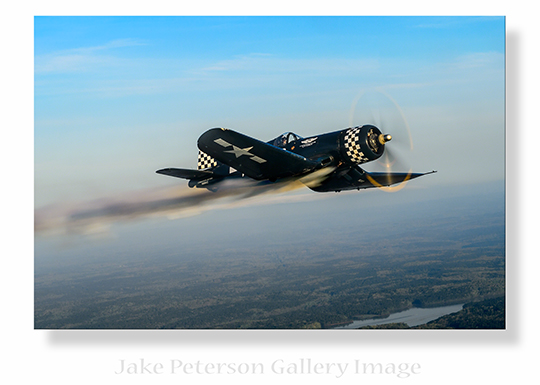 This bottom one is in Dx mode. Why the difference? Well when you are riding second seat you don’t have as much control over position of the planes. Having to work inside that closed canopy was difficult, one because of small space and two because of reflections. I usually like to shoot with a 70-200 but because of that small space there wasn’t enough room for that longer lens. Keep in mind for this shot I was twisting my body around to the left, almost shooting over my shoulder. Having that physically shooter lens really helped and being able to switch from Fx and Dx when I needed to was a huge plus. Now obviously I wasn’t worried about quality otherwise I wouldn’t have blogged it. That’s the power of the D4. It’s just an entirely different animal compared to the D3 and is something I am reteaching myself on.