Oh boy one of the topics I really don’t like talking about. Until Now. Flash. I can honestly say that I am not a flash person. It’s just extra work and extra stuff to carry. However, I do love those shots that use non natural light properly. Well with the upgrade to the D4 came the upgrade to the SB-900 and combined, along with a very helpful little setting called e4, I’m starting to really have fun with flash. Fun is the key word there. Back using the D3 and SB-800, I wasn’t having fun. It felt like work. The whole point of photography is to have fun by capturing those great images and when you don’t get them it gets frustrating. Well for those of you that know about e4, you know how incredibly helpful it is. For those of you that don’t, well this one post might be the one for you. 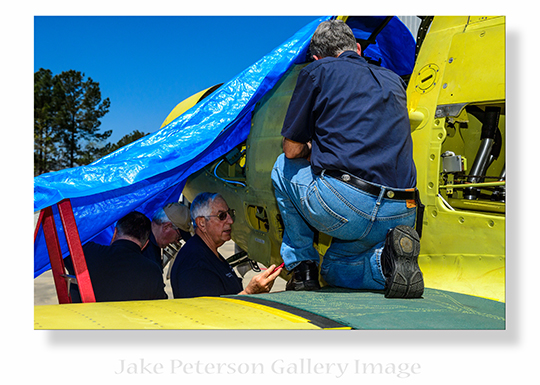 E4 can be found in Nikon cameras D4, D4s, DF and the D610. Under the Custom settings menu, literally the number e4 it says “Exposure comp for Flash.” What this does when it’s set to background only, is it separates the exposure compensation in the camera body, which is global, and the exposure compensation in the flash. Having those two separate makes using flash very simple. This one feature gives you so much more control when using flash. For those of you like me that only carry around one flash and a TTL cord in the field and you need to do that quick portrait in high noon, it’s bloody nice. I post three shots as examples. The first one is pretty simple, four CAF members working on this P-63 in the middle of the day under a tarp. Well kinda hard to get close as you can see, there is a wing in the way and that taro is casting a big shadow. Well with no post work, it was simple one flash from ten feet away lit up their faces. 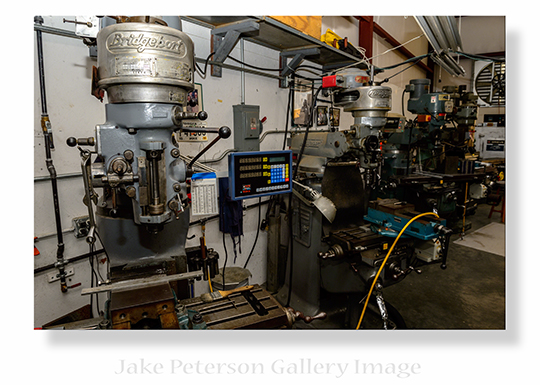 Another example is inside this shop. This is the machine shop at Dixie Wing where the make, repair or restore the parts for the their aircraft. Now the one major benefit this place has is the insides are all white. Which means that the entire inside of the building is one big fill card. The down side is, every machine shop has those long white fluorescent lights and because it’s Georgia the doors were all open to get some air moving through. All of this translates to multiple light sources. 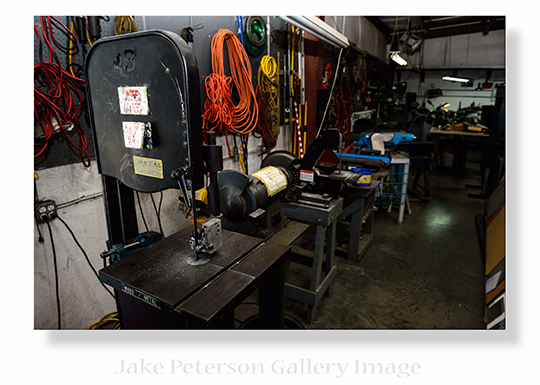 Now you might be asking yourself, “why do those images look so simple and boring?” It’s a machine shop, there’s dirt and grunge and all sorts of fun ways to finish those kinds of images and you’re right there are. But for the point of this lesson I needed non of that. The point was to get even light throughout the space with the multiple light sources, and trying to get enough depth of field to show off all the different machines. No HDR, no post work, just simple shots. After this I can go play and see what other ideas I can come up with. I won’t say that I want to use flash all the time, but I can say that it’s nice to have it when it’s needed and that it is an option for trying new things. All due to upgraded equipment and e4.