One of the very first lessons I was taught when I started photographing planes is to always shoot the planes as they are flying away. It’s a shot that not everyone focuses on or remembers to do because it’s not the head on shot or “action” shot. Therefore it some instances it can be considered a more unique capture. If you think about the psychology of the image the tail shot is the going away, ride off into the sunset, heading home feeling. All of this can be transferred to static aircraft as well. 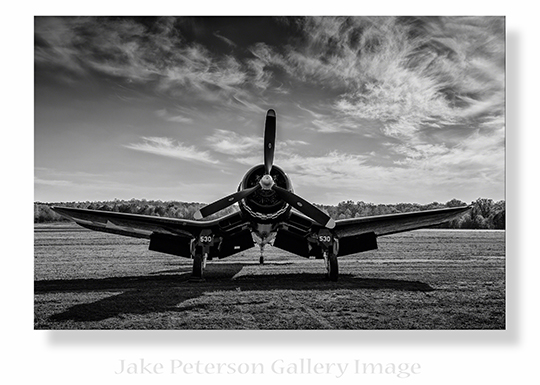 Here’s one of my favorite planes as an example. This is an FG-1D Corsair painted in the colors of the VMF-312 “Flying Bulldogs” squadron. It is distinct in the checkered tail and cowlings. Both of these are simple shots. Taken with the D4 and 24-70 one is head on the other from the tail. From head on the plane appears thinner and lighter. 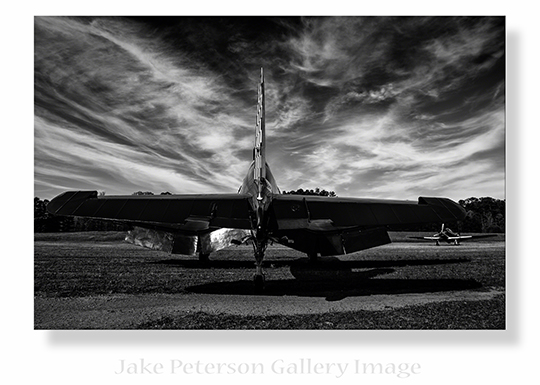 From the tail the planes looks heavy and thick. In truth it’s a bit of both. This was one tough plane. Two things of important to notice is first the clouds, they are very different looking west as opposed to east. If you’re out shooting this one factor might decide what the photograph is. The second is from the tail you can see one of the Corsair’s nemesis the Japanese Zero under the right wing. Another little detail that adds to the story.