You know it never ceases to amaze me how something that seems so crazy at the time can later prove to be so awesome! This plane fits in that category. This is the N-9MB Flying Wing, one of three prototypes built and the only one that exists in the world. It was a design that later gave way to the B-2 Bomber. The really amazing thing about this plane is that there is no computer. Everything is manual in that plane and with only one pilot, that’s a heck of a lot of work for that one person. It’s got an amazing history which if you’re interested you can read here. 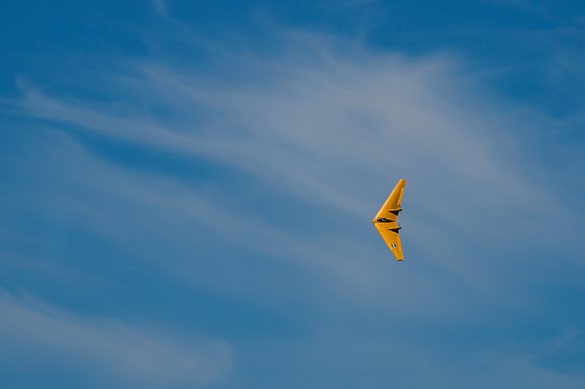 Now photographically this little plane rocks! Shooting with a D4, 200-400 VR and SunSniper Strap, this is all just point and click. This plane has two major advantages about it when it comes to the capture. First is its shape, it is so unique and so arrow like that your eye has to go to it and follow it through the frame. Second it’s bloody bright yellow! Clouds or no clouds it just works when it’s in the sky. It’s one of the few planes that doesn’t look clunky when flying. It’s just made to do that. 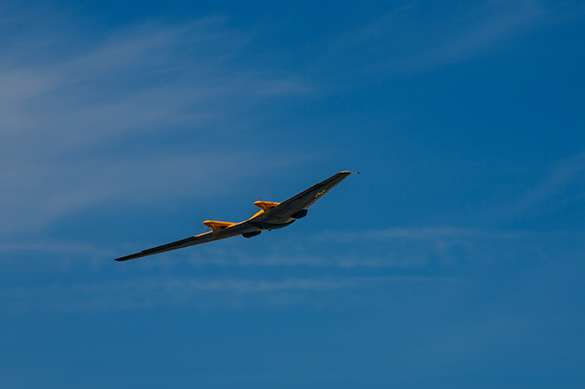 Now I have been fortunate enough to be able to photograph this plane a couple of times and now I look for the interesting angles that I didn’t see before. While I was at the Planes of Fame Airshow, I got this one shot with a star burst coming off of the wing tip. With no clouds it didn’t really stick out enough, so I tried something that I don’t often do with my plane shots, I went black and white. Maybe it’s the shape or maybe it’s the star burst adding intrigue but this one I kinda like. 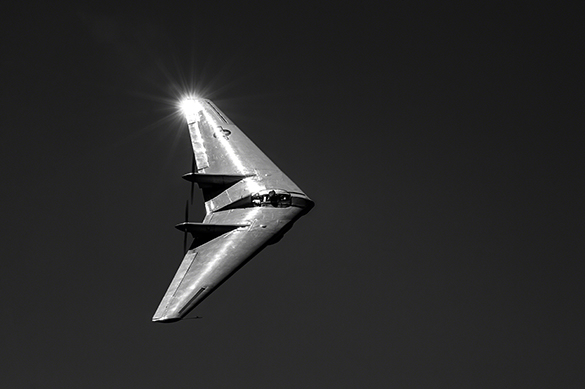