Just as important as it is to have a good reliable camera body, it’s just as important to have good reliable flash cards. Now I’ve always been a Lexar fan, one of those things that Dad introduced me too early on. A couple weeks ago when I was down in Chino for the Planes of Fame Airshow, I was putting the D4 through it’s first real airshow test. It was one heck of a test. Everything from extreme heat, to long hours turned on, and best of all non stop flyby plane action. I mean at the end of the weekend I had over 10,000 images to go through and it was only two days long! The planes just never stopped. Which is part of the reason that this show is ranked among the top ten Warbird shows every year. 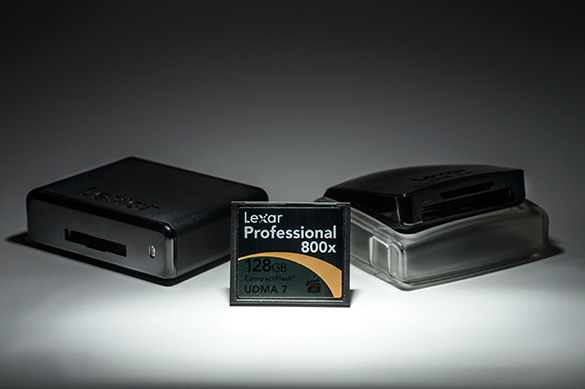 Now that Lexar 128GB CF Card is pretty awesome! Word of warning though, if you fill that card and go to upload it, make sure you have enough hard drive space. Now with planes I always shoot in raw, not raw + jpeg because I know I will end up in post working on something. Which means that that card could hold a whole lot more images before having to swap out. Now just as important as the cards are the readers. With these newer cards you gotta upgrade the readers. They just do a better job and as I have found out the USB 2.0 Dual slot reader doesn’t work with all the new cards. So get the 3.0 reader. And for any of you D4 owners out there and have the XQD cards then you need the Lexar XQD reader. These two are small, light and do a great job.