If you are reading this title and looking at this photo then you might have said to yourself, “that doesn’t look like any light bulb I’ve ever bought.” Well you are correct. This is not your ordinary light bulb because it isn’t a light bulb. It’s a Radiometer. In the 1870’s William Crookes was conducting experiments with vacuums and came up with the Radiometer. It was four panels inside, each panal has a black and white side. When placed in the sun the black absorbs the light and the white reflects the light. The heat difference causes the vanes to spin. When I was a kid this was a really cool object that I always had on my desk, and as it turns out I still do. 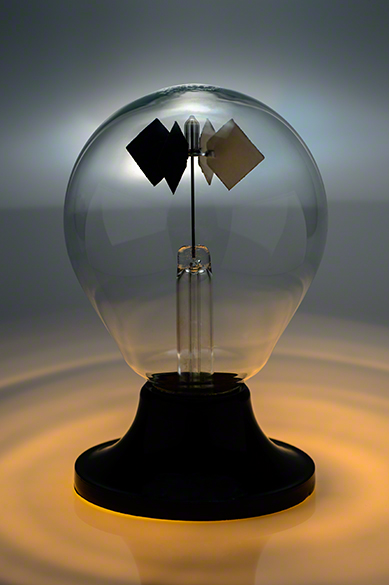 Just as this was an idea to start with so was my photograph. I know you can light up a bulb in the computer but how to do it with flash. It took me several tries and several different methods before I came up with something that I liked, but it shows that with enough imagination and time those images can be made no matter what. As my Dad would say, whenever you have one of those ideas you need to tug on it and see where the idea takes you.