Among the doctrines of Navy history, carrier battles were amongst the highest level of complexity and importance during WWII. After the battle of Midway, the US Navy went on to fight the Japanese at strategic points during the island hoping campaign along the road to Japan. On June 19th, 1944 the last major carrier battle was held in the Philippine Sea. The goal was take the Marianas and the battle would later go down as the great Marianas Turkey Shoot. The plan had called for a Northern and Southern attack force by the US but Japan had prepared for a battle for the Marianas and planned a strategy that would destroy the American fleet. 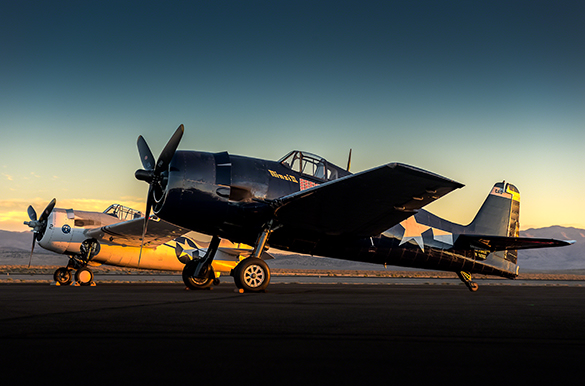 Admiral Toyoda planned to lure the American fleet to either the Palau’s or the Western Carolina’s where shore based planes would destroy the fleet. The Japanese had 1,700 planes based out of Singapore, the Dutch East Indies, the Philippines and New Guinea, with another 500 planes out of Tinian, Guam and Saipan. Task force 58, compiled of 6 carriers, 7 battleships, 12 escort carriers, 11 cruisers and 91 destroyers or destroyer escorts, began the campaign of air superiority over the Marianas before the invasion took place. By June 13th, most of the planes on Saipan and Tinian had already been destroyed. Of the 896 aircraft on the carriers, most were F6F Hellcats. As American forces had already invaded the island of Saipan, the Naval battle was in the same vicinity. On June 19th the battle began and lasted only till June 20th. Admiral Spruance, commander of the 5th fleet, knowing that the Japanese were in the area kept a continuous aerial blanket of Hellcats to protect his fleet. On the morning of June 19th after a swarm of Japanese planes had been picked up on radar, Spruance ordered more planes in the air, 300 in total. After the battles at Coral Sea, Midway and the Solomon islands, the lose of experienced Japanese pilots was never replaced. Of the 373 Japanese planes launched from their carriers, only 130 returned. Only 29 American planes were destroyed.

At 16:30, 77 dive-bombers, 54 torpedo-planes and 85 fighters took off from American carriers headed for the Japanese fleet. With very few fighters left the loses were great. The carriers Hiyo, Zuikaku and Chiyoda were hit as well as the battleship Haruna. 14 American planes were lost during the offensive but a challenge remained of landing in the dark. Breaking all rules, the carriers turned on their lights so that the pilots could land. 80 planes crashed or went over the side as fuel was low and visibility low. Most were rescued but 16 pilots and 33 aircrew went missing on June 20th. 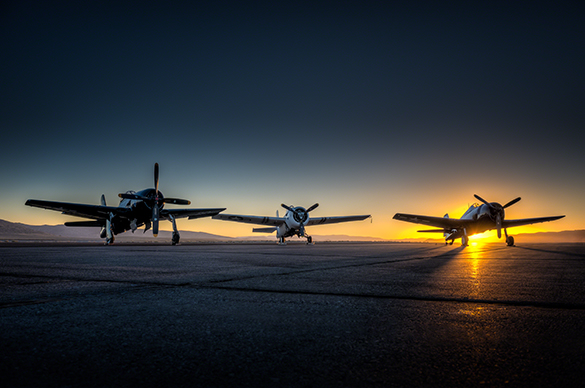 The F6F Hellcat played a vital role in the success for the American Navy. Grumman has had a long line of successful planes built and delivered to the US Navy. In 2012 at the Reno Air Races, we did a solute to the Grumman family, as a portrait was done of 3 of the 4 WWII Grumman fighters. The F4F Wildcat, F6F Hellcat and F8F Bearcat.