I love when life surprises me. I love it even more when I have my camera in hand. While out working the Madison I stumbled upon a couple of the locals and decided to talk with them for a while. At least as long as they would let me. One of the common species that we see in the Rockies, less so the further west you go across the country, is the Eastern Kingbird. A really great bird that is just a ton of fun to photograph. These insects eating little guys love to land on wires and so they make a great subject for those back roads, if they hold still. Which they don’t! 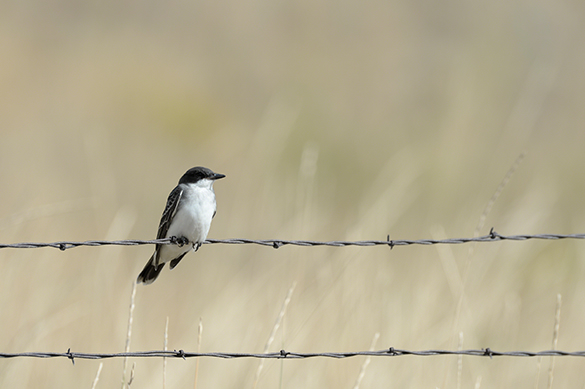 I have never been able to work a Kingbird more than a minute or so. Like most birds they are always intrigued by the lens and the sound of the shutter of the camera. Often they choose to leave then find out what is making that sound. Well this particular coupe happened to be a juvenile and a parent. The juvenile was recognizable by the orangish patch by the side of it’s beak. The kid didn’t know much better so he posed for a while. Thankfully he did because I was a tad rusty with the 600 f4 sticking out the side of my truck. 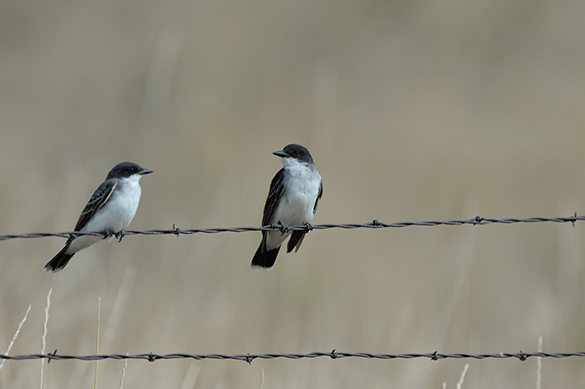 The parent knew better then to hold still and did exactly what they always do. Move up the wire and then naturally back down the wire. Lastly it did the infamous went to a better perch too far away to do anything about. Clever little bugger. 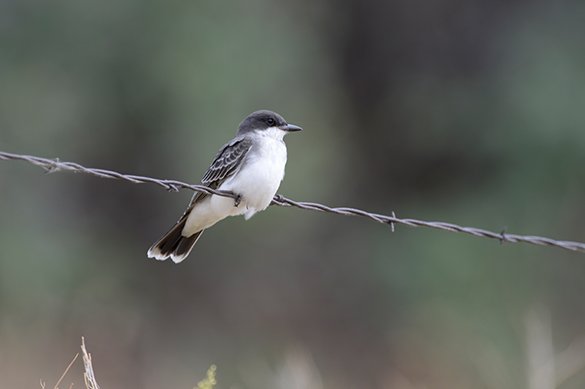 The kid on the other hand was a little more playful and stuck around for a little bit longer. Now as I said I was a little rusty and forgot one important detail when he flew to this new location. The background changed from light to dark. Not only did this change the shutter speed but also the need for more exposure compensation. In the end there were very few keepers. Oops guess I need more practice. That means more shooting… Darn