There are a lot of traditions before and during Photoshop World and one of my personal favorites is the pre Photoshop World excursion that my good friend Russell Brown goes on before the conference starts. Now this only happens in Vegas and it’s for a select few but it is ALWAYS fun! The venue keeps changing on where we go and this time it was to place that I had never been too before even though I grew up only a few hours away from it, Death Valley. 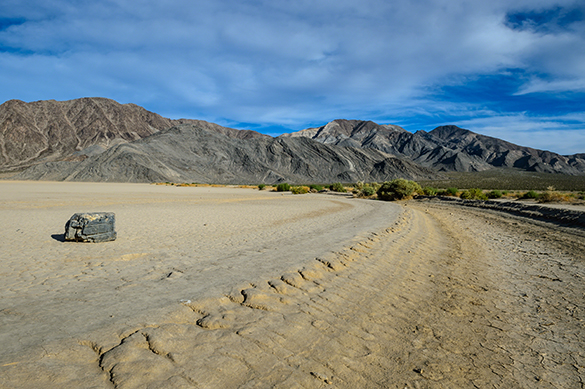 Having grown up in the Sierra’s I went around to a lot of great places including Death Valley. Well the last time I was here I was iddy biddy and didn’t really remember it all that well despite all of the old stories that were coming out. Well this time I will hopefully remember a lot. We ended up going to the racetrack which is buried deep in the mountains along this bumpy dirt road. It’s kind of hard to explain how cool it is there until you go because for one thing, it’s not an actual race track. It got that name from the moving rocks that for years no one knew how they moved. As it turns out someone did a time lapse of the event and found that the freezing and melting of the water in the lake caused the rocks to move. 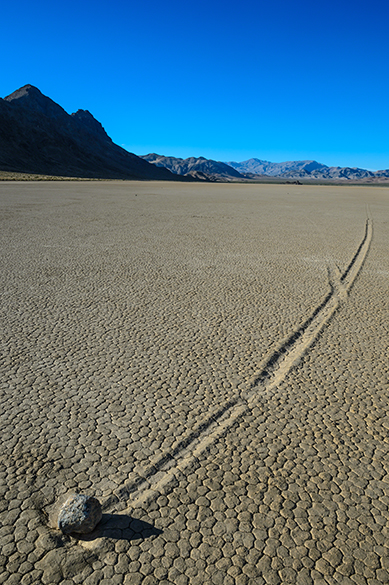 It’s a really cool place that as you can imagine at this time of the year in Death Valley, it really wasn’t so cool temperature wise. As we found out it was bloody warm but where we were it cooled off at night.