I’ve been back home a day and it already feels like a lifetime ago that I was in Vegas. It was one heck of a good week and the rest of the year is shaping up pretty good. On the way back home I noticed that the sky was a lot clearer then when I left the previous Saturday. Of course it helped that I was able to actually keep my eyes open on the flight over Montana. Since it was such a beautiful clear sky evening I thought why not take a few shots with the iPhone. Down side of flying on small planes, this time I had to put my Thinktank underneath the plane. 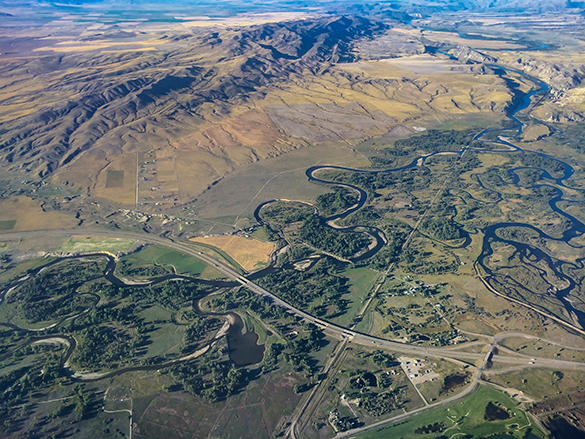 It’s kind of amazing what that little camera in the phone can do. Of course it also helps that in Photoshop CC 2014 there is the Camera Raw Filter which allows you to take an image and go into Camera Raw even if it’s not a raw image. It’s pretty darn cool. Now there aren’t as many things you can because it’s not a raw file, in fact these were only 22mb jpegs but simple little changes can have a big difference. 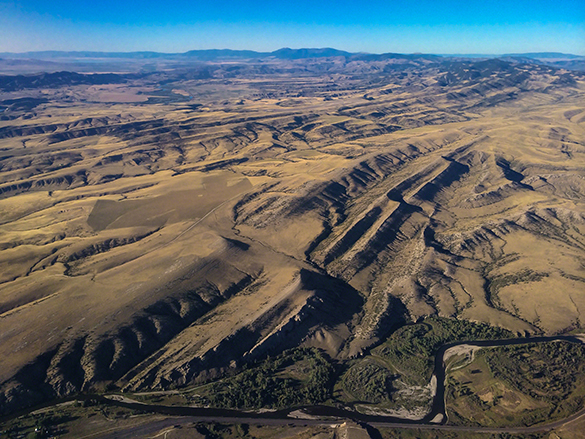 So the top image is Missouri Headwaters an the Missouri Headwaters State Park. It’s actually one of my favorite places to go for early morning work. There are numerous critters in that area to play with. The bottom image is a little bit further east from Headwaters and just shows how much the terrain changes throughout the valley. Simple clicks to show off home.