This past week at Photoshop World I showed a number of different examples during my presentations. Some of the ones that I focused on were from the southwest, places like Arches, Canyonland, Fischer Towers and Moab. Well there are still a few that I want to work on so I keep putzing with them and I figured I might as well show a couple of those. 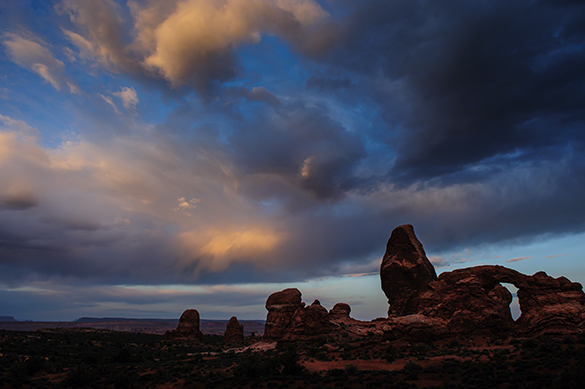 This is Arches National Park back in 2010. I went down there twice that year, once by myself to Monument Valley and the other with the folks and my good friend Russell from Adobe. Well we lucked out and had some beautiful weather throughout the trip and by beautiful I mean lots of storm clouds. Got to love those clouds! Well I never really did much with the images back then but because everything was shot with the D3 I knew that I could pull out a lot more with the images today using Camera Raw. 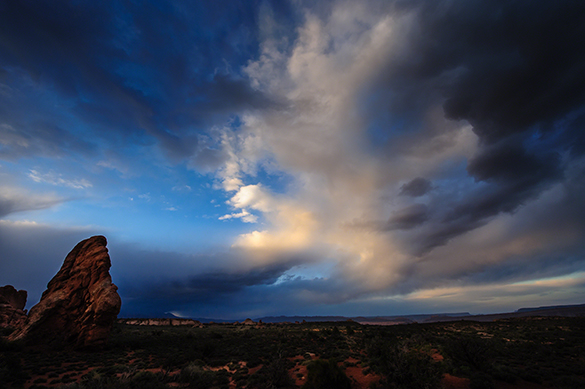 By using a combination of the gradient filter and the adjustment brush it was simple bringing out those little areas of light on the rocks and the sand giving the foreground in both just enough pop. The thing to remember is that the sand and the rocks are naturally a lighter color then the grasses and bushes so that they don’t take much to bring them out. That goes the same for the spots of light in the clouds. Simple tricks to make big differences.