I was going to talk about this at Photoshop World during one of my presentations at the Adobe Booth but as I discovered while I was there, I had selected a lot more images then I was able to talk about during my presentation and was unable to talk about them all. So why not talk about them here? Well back in August I went over to Lewis and Clark Caverns State Park, it’s Montana’s first State Park and the 12th park in the United States, to do some underground tests with the D4 and low light. It was a ton of fun! I blogged earlier some of the shots but not these ones. 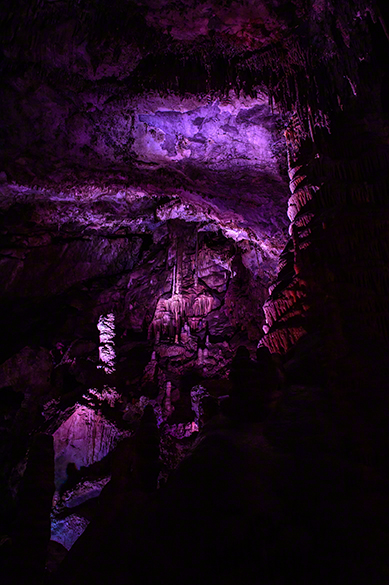 This is the last room of the tour and it’s aptly called the Paradise Room. Now you might be wondering if I pruposely messed with the saturation, temperature or tint sliders to get that purple look. Well the rocks in this room are actually this color. They took a sample and brought it outside into the light to see what it looked like and they were shocked to see it this purple. So they swapped out the bulbs they had in place and added as close as they could get ones to more accurately show what the room looked like. To test this myself I switched from Landscape to Standard profile in my D4 while shooting and was shocked to see little difference. It’s a pretty darn cool room! 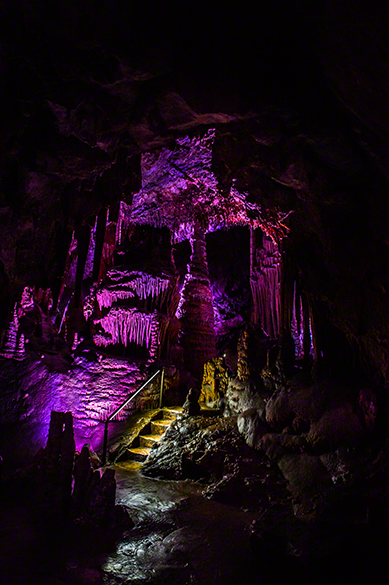 This shot kind of shows off some of that difference. They had white lights at the stairs and the floor so you could see while moving around and the contrast between the rocks is pretty impressive. The part that still amazes me is that all of this is natural. It all formed from water and continues to grow because of the water and the minerals in the water. 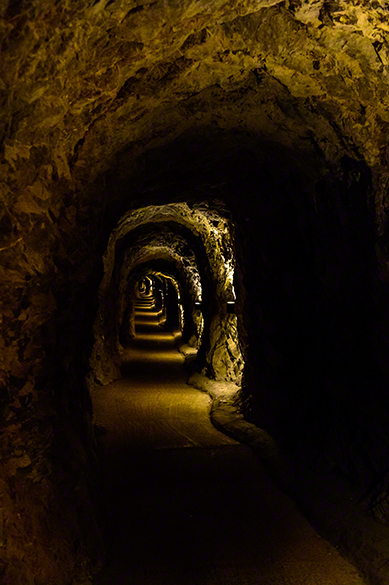 The last stop was down this long hallway. After this it was out the door. Now I liked being in the back of the group because it gave me more time to shoot as everyone else was moving through the caverns. It didn’t occur to me at the time to shoot this hallway until someone else did and it turned out to be really cool! As far as the finishing aspect of all this goes, I really didn’t do much except work on the noise reduction. Since I didn’t have a tripod I couldn’t do long exposures. With the ISO cranked up I managed to get some images that I really liked but that left only so much room for finishing, especially in those really dark areas of each image. The answer to what to do, is to go back and try again for some different results!