Well the Safari was one hell of an experience! The amount of different species we saw in such a small time frame is truly astounding. In nine days of game drives I came back with over 70 different species photographed! Now some of those are fleeting moments of critters as we were passing by but it still goes to show how many opportunities there were. As I’m writing this I’m actually on the next leg of my trip in South Africa, with another three days left before I go home. Oh but the stories will continue. 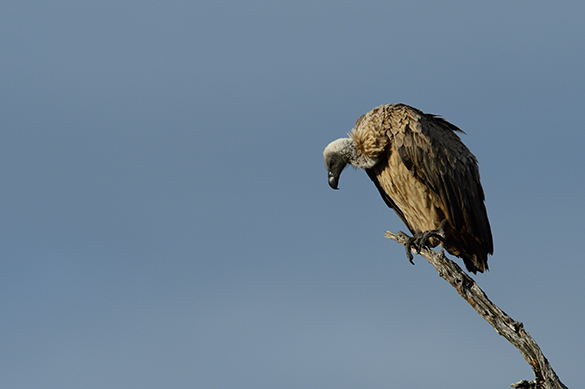 There are many different bird species in Mala Mala, over 300 in all honesty. Right now the birds are just starting to come back. Come March there could be between 300 and 400 different native and migrant species in the Reserve.That’s a whole lot of birds to photograph! Well we didn’t have that many to work with but we did have a lot. One of the more common ones is the White Backed Vulture. This is one of those iconic African creatures which are always portrayed in an ominous scene. Well driving up to this buffalo kill there was over a dozen vulture in the tree waiting for their turn to dive down on the carcass. Seeing that it’s clear why they would get that reputation. 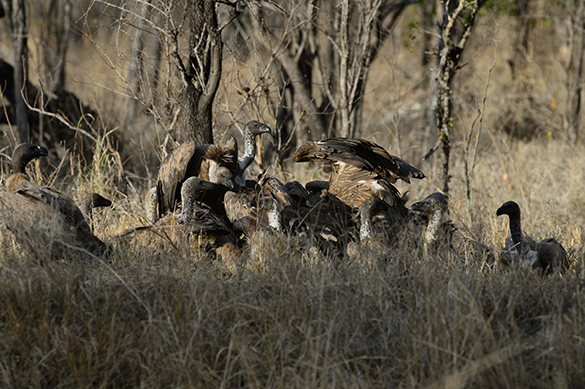 On the ground it looks like a mob scene. Shooting with the D4 and 600 f4, it was actually a challenge to isolate the birds in the frame without cutting off any body or head. There were so many that at times they would be stacked three high on top of each other trying to get to the meat bellow them. It was comical to watch and truly interesting biology to photograph. The interesting part is that, like all other species they play an important role in the environment as well. They clean up what gets left behind and when they die they go back to the earth. So everything works in tangent with something else.