I have never been much of a jet guy but the MiG 15 is definitely one I enjoy seeing. This Korean Era fighter was truly a worthy competitor in the skies during the fifties. This Russian fighter was famous early in the war as being one of the best fighters out doing most other straight winged aircraft. Later in the war the American F-86 Sabre came in and the dogfights that ensued between these two rivals made some pilots famous. Today it is a favorite amongst warbird jet enthusiasts at it was one of the most widely produced jet aircraft ever made. 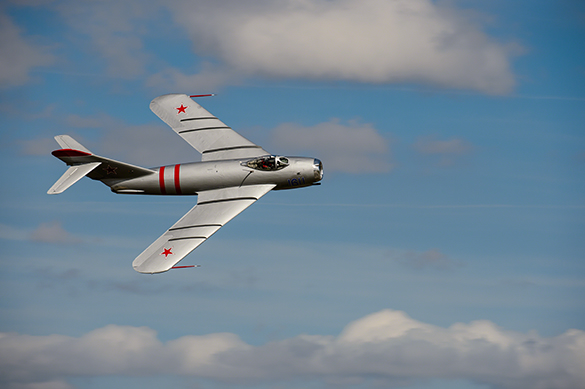 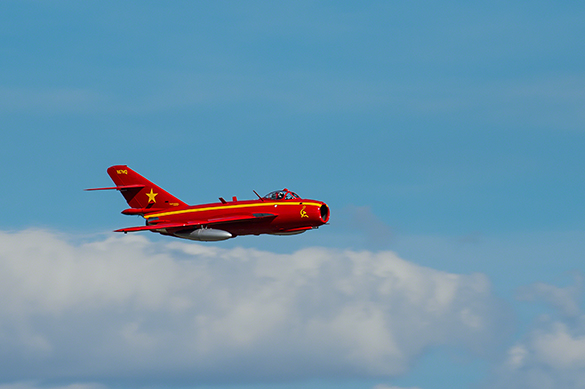 The only disappointment with photographing jets has nothing to do with the planes but the technique used to photograph them. Because there is no prop I can be Aperture Priority at 1/500 shutter speed and have no problem getting a sharp image. For those prop planes its got to be a slow shutter speed, usually something under 1/125. That means a lot better technique which adds to the challenge and also the enjoyment of getting the shot. But as I said, the MiG is just one of those cool exemptions.