One of the biggest challenges I have with a blog is figuring out how to prioritize which posts go up when. The more you travel the harder it is to get current posts up. Well I was thinking about this and came to the conclusion that I wanted to do more Africa posts seeing as the critters and stories were too cool to pass up. 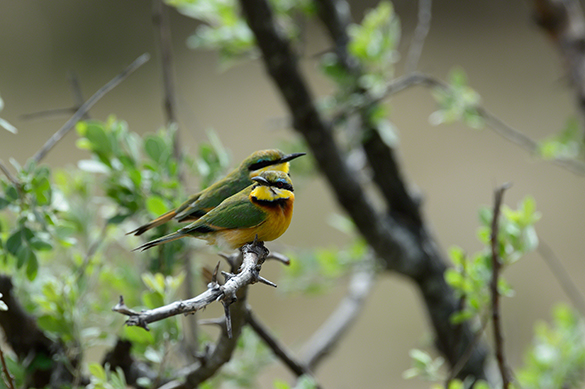 One of the areas I Was focusing on was capturing as many of the smaller critters as I could to fill in the whole story around the big five. One of my favorites from the trip was the Little Bee-eater. This bird is only 5in tall but is filled with a lot of character. They are so fast that most of the time we would see them going by in a flash and then would be gone. For several days we never got glass on them but finally towards the end of the week we found a nice creek bed where a male and female were feeding. 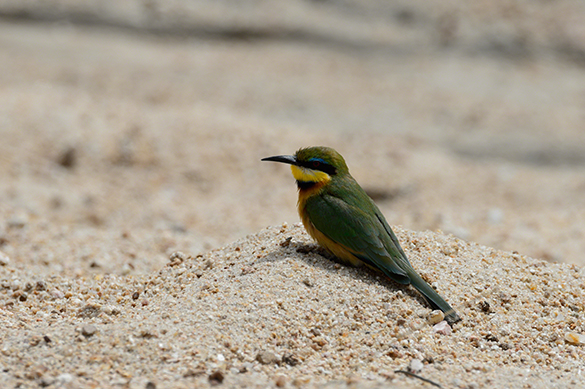 They took turns going down after insects, mostly grasshoppers, then coming back up to one of the thorny branches. They often were together. Watching these little guys was really fun. Best part, when they had enough of the photo shoot they took off and so did we. Love it when nature does it’s thing.