This was one of those species that I really wanted to see just because you see them everywhere. The Oxpeckers area common bird species that harvest insects from the mammals that roam through Africa. This is a Red Billed Oxpecker to be specific and we msotly saw them, although a few Yellow Billed showed up during the week. They are a unique species as they are found everywhere on every mammal. Giraffe’s, Elephants, Rhinos and even Impala’s had them on their backs. The one species that had the most around them were the African Buffalo. 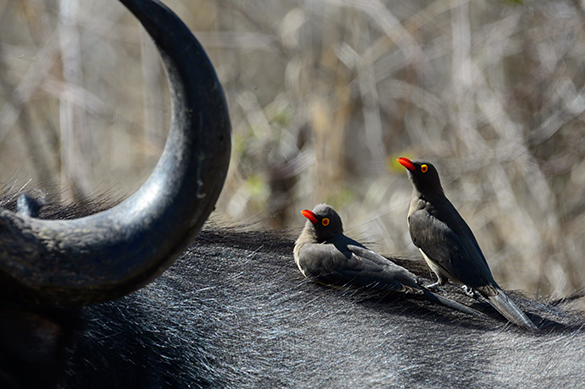 In a large herd of buffalo the Oxpeckers seem to be all over the place, but often they group up on one of the more insect ridden members. 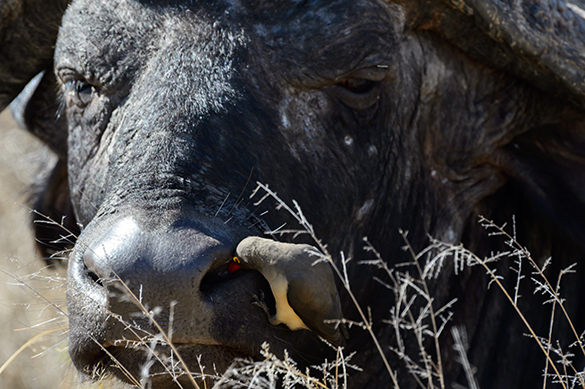 Now when I say intrusive they really are. They look in every nook and cranny for parasites, literally. Biologically they actually provide a very important role cleaning the larger mammals of these parasites. They actually help keep large herds healthier. The part that I find interesting is that the most of the time the buffalo and other mammals don’t even care or notice that these little birds are bouncing around them. Not to mention where they are getting their meals from.