This is one of those planes that I can’t explain why but it just got stuck in my head and I felt it would be a good one to talk about this week. It’s actually one of my favorite planes and is one that if you’re not an aviation enthusiast you probably don’t know a whole lot about it. This is a Sikorsky Flying Boat, model S-39. Of the 21 S-39’s built this is the only flying example and is the oldest Sikorsky flying in the world. It currently resides in Kermit Weeks collection at Fantasy of Flight in Polk City, FL. 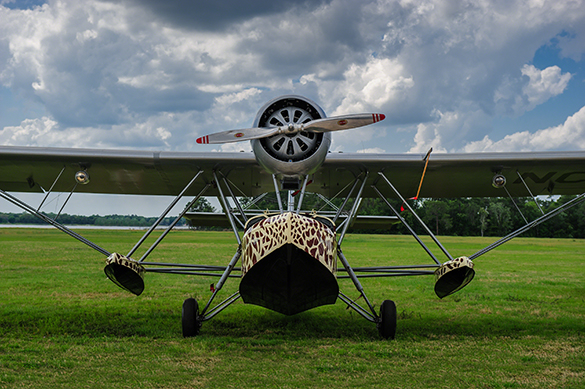 The S-39 is part of a series of flying boats built by Igor Sikorsky at the Sikorsky Aircraft firm during the 1930’s. The first built was the S-34 in 1920. It was a six seat sesqiuplane with a boat hull and two tractor 200 hp (149 kW) Wright Whirlwind J-4 engines. Only one was built and in November 1927 during a test flight an engine failed and the plane crashed and sank. The five passengers and Igor Sikorsky escaped unharmed. While the first example was a failure the design of a boat hull amphibious airplane led to a series of successful aircraft for Sikorsky including the S-38. In between the S-34 and S-38 the S-36 was developed. The S-36 was an eight seat sesqiuplane ordered by Pan American Airways. Six aircraft were built and whose history is greatly unknown. It was a larger and stronger version of the S-34 with a crew of two and six passenger. Along with it’s boat hull it featured retractable landing gear and twin Wright Whirlwind J-5 engines. Sadly much of the history is larger unknown with three of the six aircraft. One was bought by a wealthy divorcee, Mrs Francis Grayson, who was determined to be the first woman to fly across the Atlantic. Another was sold to the US Navy as a Coastal Patrol Aircraft. The third was bought by Pan American Airways. 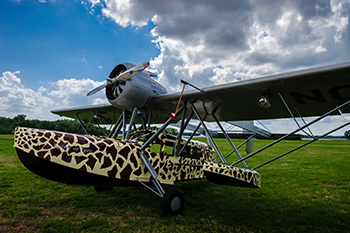 Mrs Francis Grayson’s story is the most well known of them all. On December 23rd, 1927 she set out with a crew of three in The Dawn, as her S-36 was called, to cross the Atlantic. After passing Cape Cod at 8am, they were headed for Harbor Grace, Newfoundland when at Sable Island a radio transmission was received, “Something’s Wrong here” with their call letters. That was the last anybody heard of them. The first air relief mission was dispatched with two destroyers and the USS Los Angeles dirigible. In 1929 a message in a bottle was received written by Grayson in 1928.

The next in line was the S-38. It was an eight seat, amphibious aircraft with boat hull and retractable landing gear. The S-38, also known as the explorers air yacht, first flew in 1928 and quickly had orders from Pan American Airways, the US Navy, US Army and many private owners. 101 examples of the S-38 were built. Amongst the most notable of these private owners is Howard Hughes and Charles Lindbergh. Today only two examples of an S-38 are still around. One of which is also owned by Kermit Weeks, the Osa’s Ark as it is called, N28V, was made for the movie The Aviator which depicts the life of Howard Hughes. 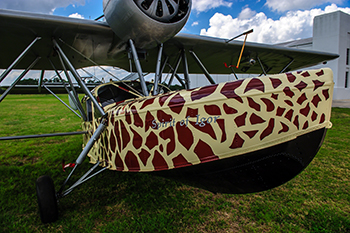 These six aircraft led the way for the development of the S-39. The S-39 was a smaller single engine amphibious aircraft built in the 1930-1931. It is one of the two remaining survivors of the original 21 built. While a static S-39B version can be seen at the New England Air Museum, Windsor Locks, CT, the Spirit of Igor is the only S-39 still flying. The Spirit of Igor was restored by Dick Jackson of Rochester, NH and took nearly four decades and 40,000 man hours. It is truly a dedication to Igor Sikorsky. The name is dedicated to the Spirit of Africa, a S-39 owned by the naturalists Martin and Osa Johnson and for Igor Sikorsky, the brilliant mind of many aviation advances beyond that of the flying boats. The paint scheme is also authentic to one of nine various sub species of Giraffe. It was projected onto the plane and then painted. 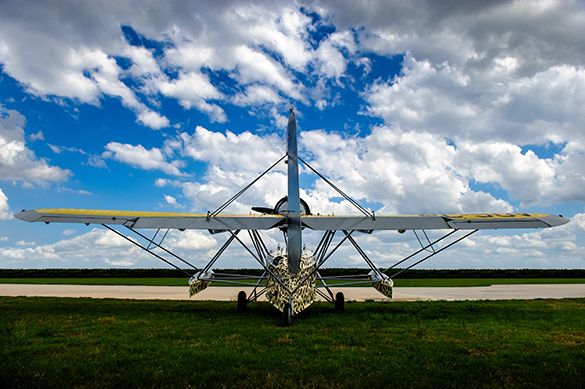 The S series flying boats, along with the brilliance of Sikorsky himself helped lead the way in the amphibious airplane industry. After the S-39 came the S-40 and S-42 and the VS-44, which was invented and first flew in 1937. While only three models were produced; Excalibur, Excambian, and Exeter, these four engine amphibious aircraft helped to carry cargo and passengers across the Atlantic before, during and after WWII. In 1930 Sikorsky was a subsidiary of United Airlines and by 1940 he had merged with Chance Vought, also under United. During that time Sikorsky was competing for a new Navy Contract for a replacement for the YP3Y-1 Patrol Bomber. The XPBS-1 was built. The contract didn’t go to Sikorsky but Consolidated instead for the YPB2Y-1. Later the VS-44 would be developed from the XPBS-1. While the VS-44 had several improvements over other aircraft at the time, the company lost the Pan Am contract who bought Martin M-130 and Boeing 314 Clippers instead. The VS-44 would have a limited run of only three, of which only two survived the war. Exeter crashed in 1946 and after a long history Excambian can still be seen in the New England Air Museum.

As is common with most planes and aircraft manufacturers, one advancement led to another one. The S-39 is a great example of that. It is part of a long legacy of great aircraft built by a great man. While it’s unusual appearance makes it eye catching, it’s functionality is in its form. This plane was developed for a time when the best way to travel was just being recognized as the air. While the S-38 was the true thorough bred of the line, with more examples built then any other model, the S-39 still exists and flies while others do not.