While in Africa I had the chance to photograph some great critters. While I came back with more species of birds then mammals the number of images kept for mammals was far higher. Then again one normally goes to Africa to see the big four legged mammals that inhabit the continent. One of the joys was seeing all the different species of birds. This particular bird I was only able to see and photograph once which was somewhat of a bummer. This is the Burchell’s Coucal one of thirty species in the Cuckoo family. The Burchells Coucal is common in Southern Africa and is known for a very unique characteristic. It’s call resembles that of water pouring from a bottle which according to local lore is a signal for upcoming rain. That’s how it got the affectionate nickname of the rainbird. 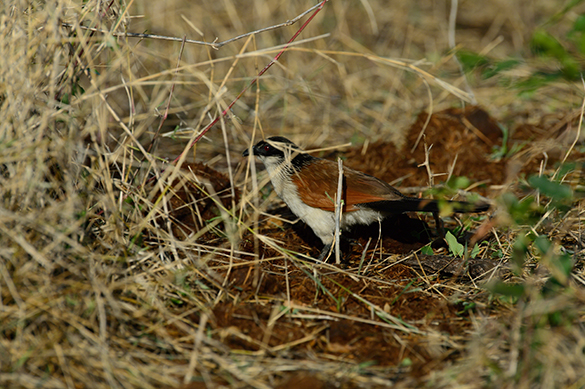