Have you ever had that itch to get out a certain a lens or go to a certain spot no matter how good the results may be? Well this past weekend I had the itch to get out my 600f4 and find something to put in front of it. A small weather snap rolled through which produced a good few inches of snow in the valley and at least a foot in the mountains. Towards the end of the storm as the sky was slowly breaking up, I headed out searching and went by the local ponds which are usually frozen but then this is a warm winter. A big flock of Canada Geese and some Mallards were present. Granted they are both rather common species around here but when you got that itch anything will do and it never hurts to update the files. 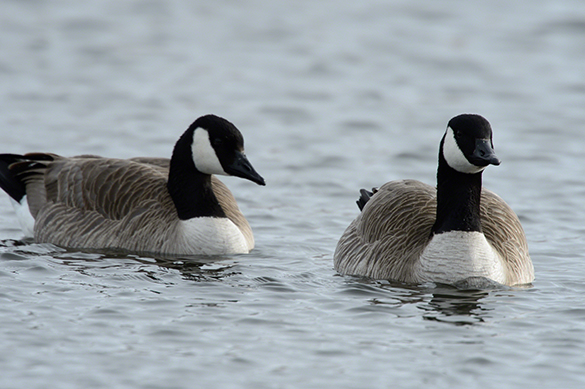 When working with waterfowl and you’re not in a blind, it’s really important to watch the subjects and do some survey work. I walked around the ponds and watched which areas were most popular. The northeast and southeast corners definitely had the most traffic due to the better vegetation in those corners. Then of course there was the light. IT was diffused but still grey skies reflect in the water so not much can be done with that. However waterfowl love to move around. They never stay in the same place so being patient and waiting for them to paddle over to the areas is key. After setting up on the northeast corner, I waited. It was 20 degrees out with a wind chill. The geese had left at this point and it was just the Mallards, but even with a common species a good shot is a good shot. Eventually, the geese came back and if you have never heard them before they are loud when they come in for landing! 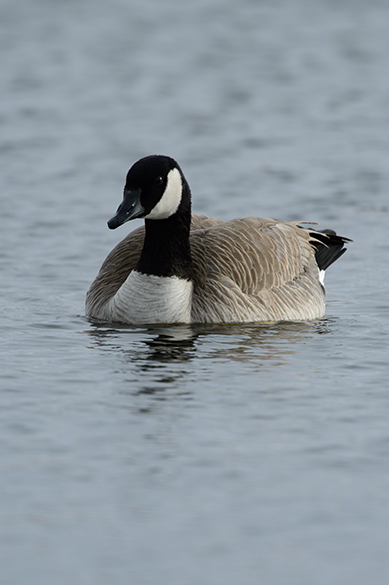 Canada Geese are actually a really pretty bird, despite how numerous they are. With a white chest, brown back and that great black neck and head, the bird really does stand out. The challenge with photographing such a bird is the eye. Because the head and neck are black, minus the white chin strap, the eye which is also black blends in. Without any light bouncing of the side of the bird, making that eye glint, then it’s much harder to connect with the subject. With waterfowl who like to paddle around in circles, waiting for that right moment when they are in good light is important. 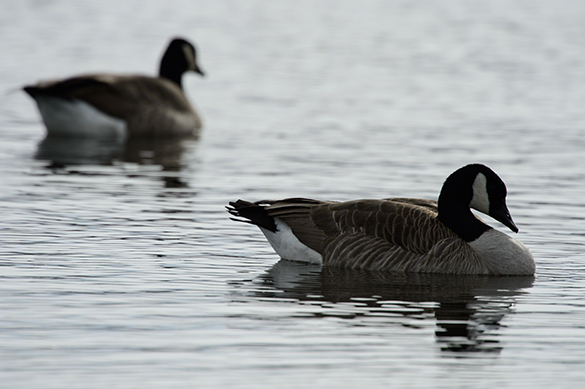 Then again there are always those moments when they are backlit. There’s nothing that can be done about it. That’s the joy and curse of wildlife photography, the subject is constantly going into bad light. Well with the D4 and its ability to capture six stops of light, I experimented and shot when the birds were backlit. I have to say the results kind of surprised me. That’s what’s so great about those itches. You often forget about trying to accomplish something and you just go shoot.