I love combining my passions. If you’re truly passionate about something then normally you want to do that one thing all the time. The problem is usually there isn’t enough time to do everything that you’re passionate about. When I was growing up I was always outdoors. Golfing, Fishing, Bicycling were all in a normal Summer; then as soon as Winter hit it was on the slopes Cross Country Skiing. Those were good times. As time moved on life got more complicated and less time was available to do those things. It’s just inevitable. Well one of the greatest things about photography is that it lets you be apart of those activities that you love to do even if all you can do is watch. 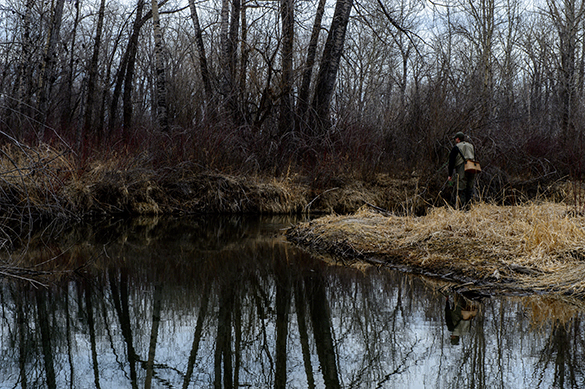 Last week I told my friend Alex that I wanted to go out fishing with him just to take pictures. He agreed and brought his friend Taylor along. Since I live in one of the best fly fishing states in the country it just made good business sense to get better at that type of photography. I mean why not, it’s daily routine for most people up here. But like any other field of photography it takes a lot of practice, because it is an art. It also takes a bit of patience because it’s not easy standing there watching as others are doing the fishing, especially if you want to fish. 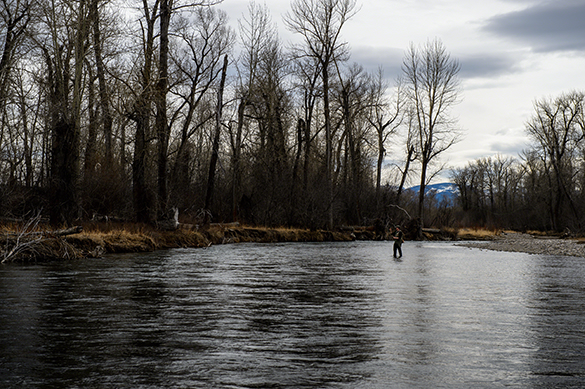 The great thing about fishing photography is that the concept starts around the point of a big fish. A “Big Fish” being used to exagerate the telling of a story to make it bigger then it is in reality. With that mentality it makes shooting somewhat easier because everything needs to be extravagant. How far did you walk? How many casts? Was it the last cast or the first? Was it almost a shut out day? So many of those little details go into the story just as it does in the photograph. 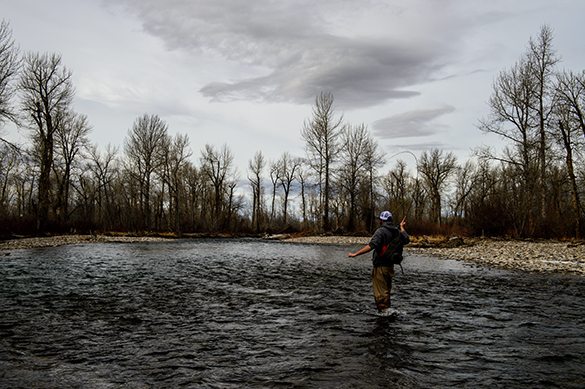 After several attempts to get onto some special sections of the Gallatin, we eventually ended up at a public access point where we were able to get onto the main river after navigating our way through some side channels. Of course you don’t just walk around the channels, you stop and try every hole, every dark crevices, every sunken log and cut bank to see if there is something lurking underneath. About a half mile later the big river emerges from the bushes and thistles. That’s where the fast water is, the deep water is, and the the promise of a big fish is. 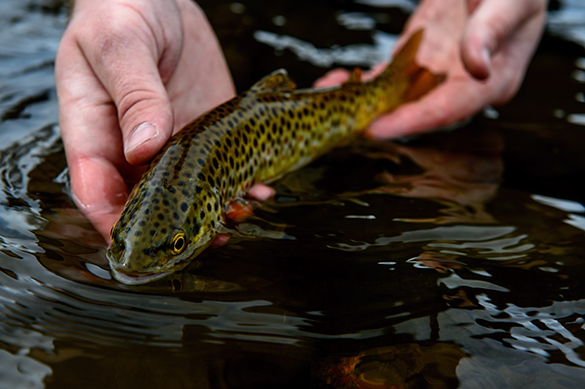 Along the way to the big fish are normally the up and coming fishes. The average fish who work hard to survive and become the big boys that we hope to catch in future years. While usually just thrown back without any hesitance a quick snap with the D4 and 24-70 AF-S, makes this little guy famous. Perhaps it’s just me but it seems like the little guys always have a more vibrant color to them even though they have less differentiation between colors 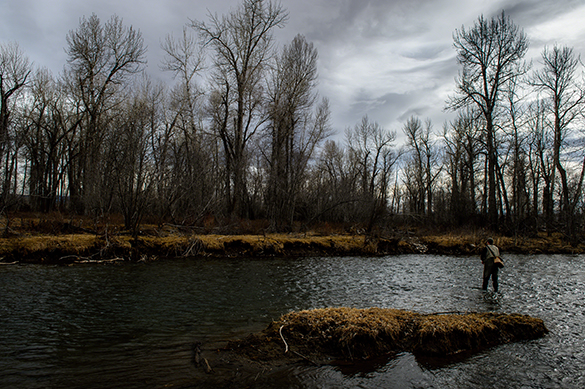 After a couple of miles of walking and trying every hole that we came across on our 3 mile hike, we never found that one spot that yielded the true lunker that we were after. Three hours of walking and the big guy was alluding us. Finally it was time to start weaving our way back in trying any spot that we missed. The camera was itching for that one big fish. As we headed back we past a channel that led away from the main stream, a spot that we hadn’t tried. Alex was excited. First cast brought a decent fish. The next cast brought what we were looking for that afternoon. 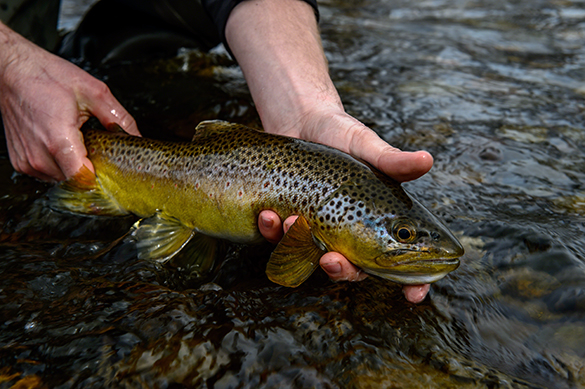 A few minutes in the fighting chair and the fish was on land. Oh the excitement of the catch of the day. A nice 18″ Brown Trout pulled out of the Gallatin River. Was it the biggest fish in the river? Of course not. But when you’re having that much fun, the size doesn’t matter. It’s the thrill of the catch and the joy that comes with telling the story over and over to all your friends that does. The day ends after a long walk back and a feeling of accomplishment.