The White Balance is a very important feature with our digital cameras and is one that is often underutilized. It’s very simple these days to shoot RAW format and then in post make the changes that the White Balance could’ve have done in the camera. While there is nothing wrong with this if you’re shooting to make memories as well to create content then getting it right the first time is important. Personally as much as I enjoy playing around with images in post, I’d rather be out fishing, bike riding or shooting. That time thing is always the one area where you have to get it right the first time. 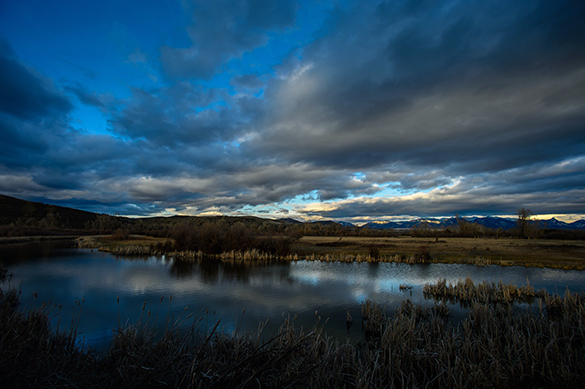 While I was out shooting a few days ago I changed from Auto White Balance to Cloudy in hopes that the warmth of the sunset would come back and a more dramatic sky would be produced. Well it didn’t. The sun was going down behind a wall of clouds and only a a couple breaks in the wall were showing. Because the temperature of the sky was below 5000K switching to cloudy wasn’t going to do any good anyway. If anything it actually made the scene more accurate to the current temperature. 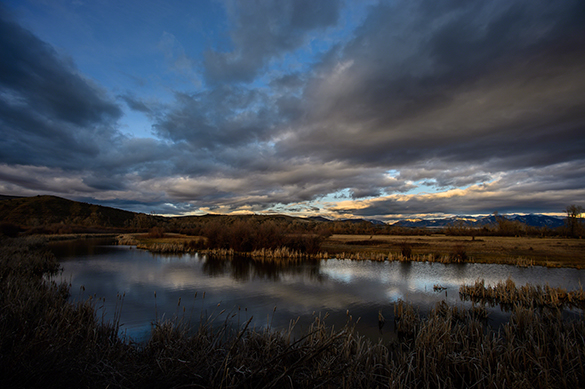 The second image was taken while in Auto White Balance. In this case what you’re seeing is what the camera senses is the most accurate based on the hue and intensity of the light source measured in degrees Kelvin. The camera then choose a result from preprogramed measurements. Both images have a very different feel to them as a result of these changes. While you could make these same changes in post, taking the two second to switch modes while shooting a going click saves you a whole lot of time. The important thing is to test different modes while shooting different scenarios that way when the need arises again, you’ll have a base of knowledge to go to that can help you determine what the best method is to create the best shot.