Since the beginning of this year I have been working on my fishing photography. It’s a realm that I haven’t done a whole lot in before but it’s one that I am starting to really enjoy. One of the first major problems I’ve already run into is coming up with different angles to keep the same subject look interesting. In Montana the two most common species of trout are Brown and Rainbow and they are everywhere. Well photographing the same species over and over brings up challenges. Another major challenge is the juggling act between fishing and shooting. While sometimes easier to just do one, I have learned from experience that not having both camera and fly rod often leads to missed opportunities. Part of that juggling act is lighting. 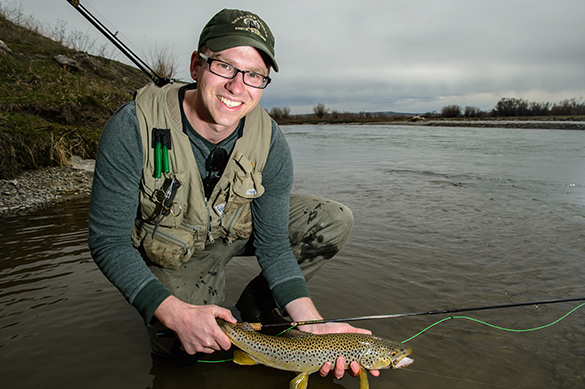 Right now we are in the beginning of Spring which brings with it many stormy days and grey skies. My favorite… Well for fishing that’s actually a good thing because it’s harder for the fish to see you or on a sunny day your shadow. This means better fishing. For photography it’s bad. The sky sucks, light sucks, reflection on the water sucks, it’s just not that pleasing. But when you have a great subject, like this 20″ Brown Trout, a little flash goes a long way. Simple setup D4, 24-70 AF-S f/2.8, SB-900 off camera. The idea is to have everything already setup just grab and go, then get a couple of shots and then release so as to do no harm to the fish. Yes that wildlife mentality of the critter comes first applies to this arena as well. The flash in this instance does two main things. First, it helps with color which on this day it needs all the help it can get and second, the extra light gets rid of the shadow caused by the hat so that you can actually see the persons face, like my buddy Alex here. 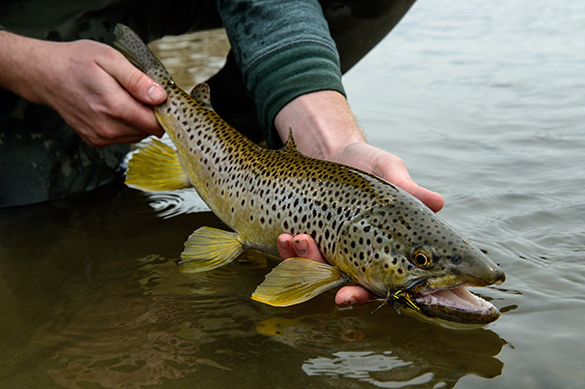 In regards to the color here’s the best example. This top image and bottom image were taken with the same setup, one with flash one without. Both processed the same way in Adobe Camera Raw. 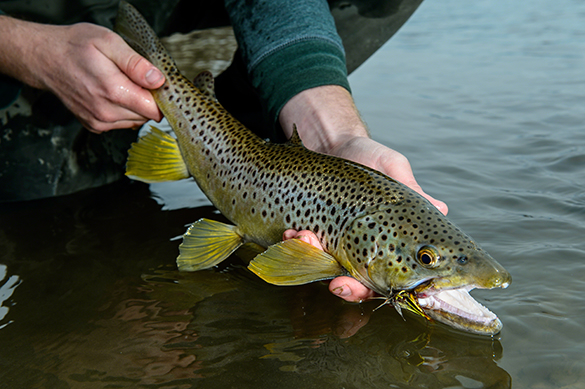 The results speak for themselves. I did absolutely nothing with color or vibrance in post but only removed the color cast from the sky and then worked on the lighting. That little extra bit at the moment of capture made a huge difference! The whole process took maybe five minutes on scene then it was gone. While you could spend a lot of time in post coming up with a similar result, in the end sometimes it’s better to get it right in the camera.