The Cessna AT-17 Bobcat twin engine advanced trainer was one of the most utilized trainers used by the Army Corps, later the US Army Air Force, bridging the gap between single engine trainers like the T-6 Texan and multi-engine aircraft. At the beginning of WWII the need to quickly train pilots was imperative for the Air Force. The AT-17, the military version of the Cessna T-50, was a step up platform to help pilots later fly planes like the B-25, B-17 and B-26 bombers to name just a few. 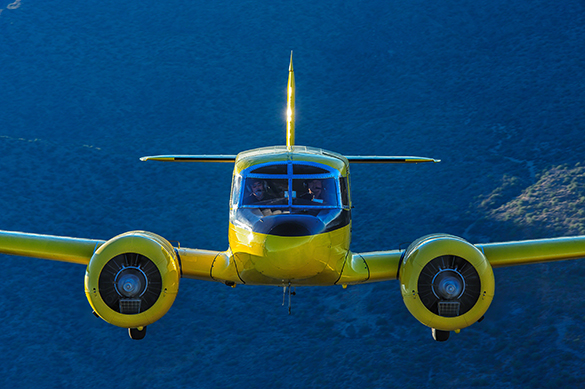 Cessna originally built the T-50 for the civilian market as a low cost personal transport where as the Beech 18 or “Twin Beach” would be too expensive for most consumers. Part of what makes this plane so unique is the entire plane is built out of spruce and metal tubes. The wings are a combination of laminated spruce spar beams and spruce and plywood ribs. The monoplane wing design is supported by a cantilever main spar in each wing. The Bobcat had retractable landing gear and wing trialing edge flaps, both are electronically activated. The tailwheel is fixed and non steerable but full swiveling. The maiden flight was in March of 1939 and the US Army Air Corps purchased the plane in 1940 as the AT-8 advanced multi-engine trainer. 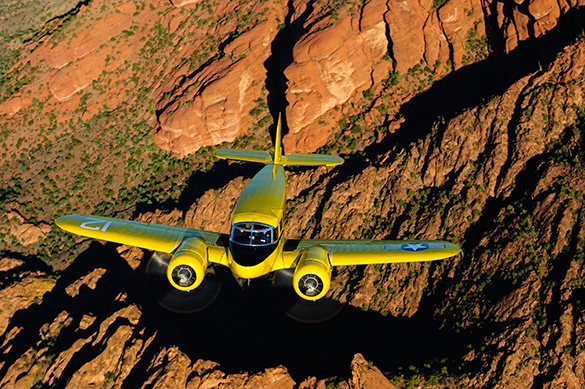 Throughout WWII, 4,600 AT-17’s were built with twin Jacobs R-775-9 (L-4) engines. In 1942 when the US Army Air Corps became the US Army Air Force, the Bobcat was adopted as a light personnel transport and after January of 1943 it was designated the UC-78. 67 of the 4,600 Bobcats built were delivered to the US Navy and 822 were produced by the Royal Canadian Air Force as Crane I’s and used by the British Commonwealth Air Training Plan. In post WWII, the Bobcat didn’t last long in military service as few survived by 1947 and all combat aircraft were declared obsolete by 1949. However, AT-17’s and UC-78’s were still desired by civilian and commercial markets and were able to be purchased and converted to civilian T-50’s under the original type certificate ATC- 722, issued 3-24-1940. Today just over four hundred exist on FAA databases and are still considered collectable despite the high maintenance of the wood wing frame. 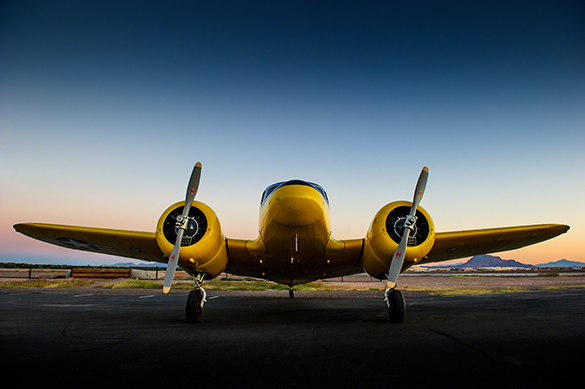 I had the great privilege of photographing this particular T-50 down in Mesa, AZ both on the ground and in the sky. It belongs to a colorful man named Ed. With a big heart and a strong desire to constantly be flying, Ed flies his “Bamboo Bomber,” as it was nicknamed during the war by the pilots who flew them, over the Phoenix skies often throughout the year. This T-50 happens to be a very special one as it is the second one off of the assembly line.