Seventy three years ago a daring and bold plan was conceived that would have a profound affect for the rest of WWII. After the bombing of Pearl Harbor on December 7th, 1941 President Roosevelt asked Congress to declare war on Japan. After he had he then asked his advisers to come up with a plan to attack Japan to show that they are vulnerable and that the Pacific was not just theirs. Navy Captain Francis Low, Assistant Chief of Staff for anti-submarine warfare, who reported to Admiral Ernest King, came up with the idea to use US Navy carriers and US Army Air Corps Bombers to attack Tokyo and other industrial capitols on the Japanese home island of Honshu. The mission was approved and Lieutenant Colonel James “Jimmy” Doolittle was selected to train and lead the men of the raid. On April 18th, 1942 sixteen B-25 Mitchell bombers took off of the USS Hornet towards Tokyo. The mission was later called the Doolittle Raid. 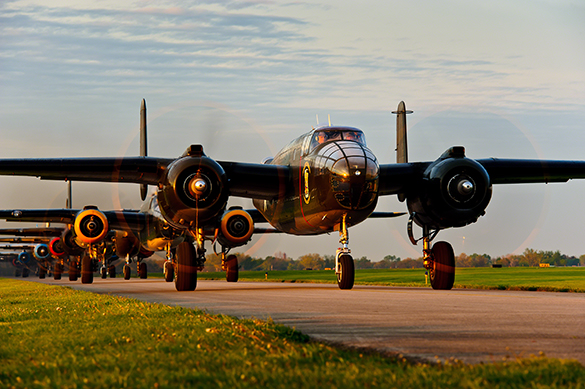 After the disaster at Pearl Harbor, America needed a serious morale boost and the idea of bombing Tokyo was believed to achieve that need. Not only would it help the American public but it would also put doubt into the minds of the Japanese who were told by their leaders that they were invulnerable. The Doolittle Raid or Tokyo Raid achieved both of these goals and helped to force Admiral Isoroku Yamamoto’s, commander-in-chief of the combined fleet of the Imperial Japanese Navy, to attack Midway later that year in order to gain a strategic stepping stone towards America’s west coast as well as a stronger defense for their home islands which were now proven to be vulnerable. Many variables helped to turn the Battle of Midway in America’s favor including the breaking of the Japanese naval code. Midway turned into a dismal defeat for the Imperial Navy and brought much needed time for the US Navy to build up its strength. 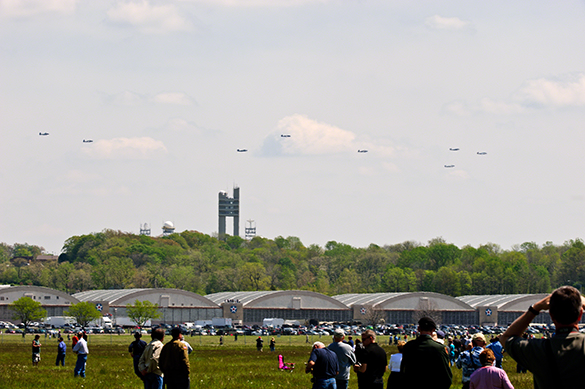 In preparation for the mission many issues had to be solved. The first was deciding which medium bomber would be used. Many planes including the Martin B-26 Marauder, Douglas B-18 Bolo, Douglas B-23 Dragon, and the North American B-25B Mitchell were consider under the qualifications that it had a range of 2,400 nautical miles and a bomb load of 2,000lbs. The B-26 had takeoff characteristics not suitable for a carrier and the B-18 and B-23 had a much longer wingspan raising concerns about damaging the ships main island. Also the greater wingspan meant less planes available for the raid. The B-25B Mitchell Bomber was selected with a crew of five. The mission called for the planes to land in friendly territories after making their bomb runs, no return to the carrier or fighter protection was available for the bombers. Originally the plan called for landings in Vladivostok but Russia had a neutrality pack with Japan and thus was not an option. However, Capt. Edward York and his crew (eighth off—AC #40-2242) had to land in Russia after engine problems and low fuel levels. The crew was interned for fifteen months and eventually escaped into Persia where they returned home in May of 1943.

On February 3rd, 1943 a test of 2 B-25’s flew off of the USS Hornet in Norfolk Virginia and was approved for the mission. The 17th Bomb Group was chosen with the most experience with B-25’s and a call went out for volunteers for the mission. Even up to the very last minute of the operation, every crew member was given the option to drop out. Doolittle wanted this to be entirely optional not knowing if any would make it back at all. 24 crews flew to Eglin Field in Florida and trained for three weeks in March. At the same time the 24 planes were being adjusted for the weight restrictions and fuel needed for the long trip at Mid-Continent Airlines modification center in Minneapolis, Minnesota. On March 25, 1942 twenty two B-25’s flew to McClellan Air Field in California where sixteen were then flown to NAS Alameda, California for loading on March 31st. 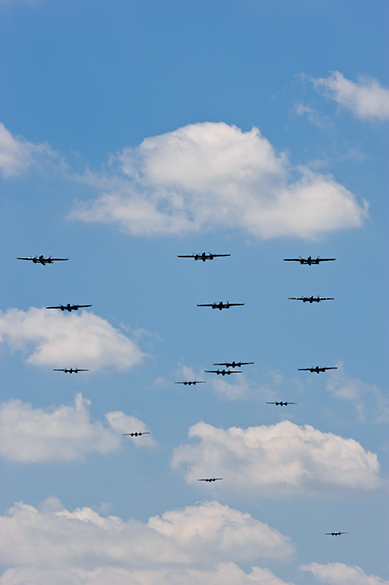 The USS Hornet and Task Force 18 left port on April 2nd and rendezvoused with Task Force 16. Task Force 16 consisted of the USS Lexington which housed the only available fighter cover as the Hornet’s fighters were below deck to make room for the B-25s. Up to the point of launch the crews of both Task Forces were at total readiness. An order was placed that if at any point they came under attack of enemy fighters the B-25’s would be pushed overboard, this included at the point of launch if there was any trouble or delay, the plane would be removed. With a combined strength of only two carriers, three heavy cruisers, one light cruiser, eight destroyers and two fleet oilers, no extra chances could be taken. The entire mission was held under secrecy all the way until they were out at sea.

On the morning of April 18th, still 650 nautical miles away from Japan, the Task Force was discovered by the Japanese picket boat No. 23 Nittō Maru, a 70-ton patrol craft, which radioed their position back to Japanese headquarters. The Nittō Maru was sunk minutes later by the USS Nashville. Doolittle and Hornet skipper Captain Marc Mitscher decided to launch 10 hours early and 170 miles further away then planned. As a last minute decision due to the surprise of being spotted, Doolittle included the sixteenth aircraft even though it was never meant to be part of the bomb run. All sixteen aircraft managed to get off of the flight deck in the 467ft available with Doolittle in the lead plane. Each crew had targets throughout the island of Honshu, not all bound for Tokyo. Strict orders were given to not bomb civilians or the Imperial Palace. The targets were to remain industrial complexes only. Due to the nature of precision bombing, even at low altitude, civilians would be killed no matter what.

All sixteen bombers had successful bombs runs and flew onto their intended landing zones. Due to bad weather and darkness fast approaching, the crews had a hard time finding their intended landing areas in the Zhejiang province. The plan had been to land, refuel and head to Chongqing, where the planes would then be used in land based operations. Fifteen of the Sixteen aircraft either crashed or bailed out over China. York’s plane, low on fuel, landed in Russia where the plane and crew were interned. The rest of the crews had a perilous journey ahead of them. 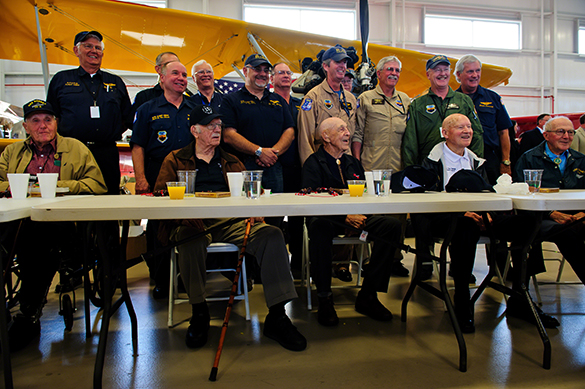 Of the 80 men who took part of the raid, sixty nine were able to escape capture or death. Three men were killed in action, KIA, due to the crashing of the plane except for Corporal Leland D. Faktor, flight engineer/gunner, who died during bailout over China. Eight men were captured by the Japanese and whose fates were unknown until 1946. During the war crime trials held in Shanghai, four Japanese officers were charged with the mistreatment of the eight men. On 28 August 1942, pilot Hallmark, pilot Farrow, and gunner Spatz were charged with war crimes of strafing civilians and were executed. In April of 1943 the five remaining men were moved to Nanking, Lieutenant Robert J. Meder died in December of that year, and the rest remained there until they were freed in August of 1945 by American troops. The sixty nine crew members that did survive capture fought there way to freedom with the help from the Chinese people who ended up paying severely for helping the Americans. After the raid the Japanese started the Zhejiang-Jiangxi Campaign where they took over all eastern coastal provinces in order for no more raids to be carried out against their home islands. As result many Chinese people were killed during this campaign.

The last thing that Doolittle said to his men before departing the Hornet was that he would throw a party in Chongqing when everyone was back together. It took several years before he could hold true on that promise as many would not return until after the war. However, a celebration was had once the sixty nine made it back to the states and ever since that inaugural party one has been held in honor of the raiders. That reunion has been going on for over seventy years when in November of 1943, with only four members remaining they held their final celebration. They opened the bottle of brandy that had been left for the last man and toasted their fellow comrades in their memorial silver goblets, one for each crewmen. Today only two men are left of the original eighty raiders. They live on, as will the memories of their companions as a monument to the bravery of their mission. This Saturday marks the 73rd anniversary of the raid and their contribution to changing the outcome of WWII.

Images in this post came from the 70th anniversary of the Doolittle Reunion held in Dayton, Ohio in 2012.