Today we honor those that participated in the Doolittle Raid. 73 years ago eighty men, flying sixteen B-25 Mitchell bombers took off of the aircraft carrier USS Hornet and bombed major industrial cities, including Tokyo, on Honshu Island in the heart of Japan. After the attack on Pearl Harbor on December 7th 1941, which launched America into WWII, the country was in need of a morale boost. The mission was a success in creating that boost while demoralizing our enemy. 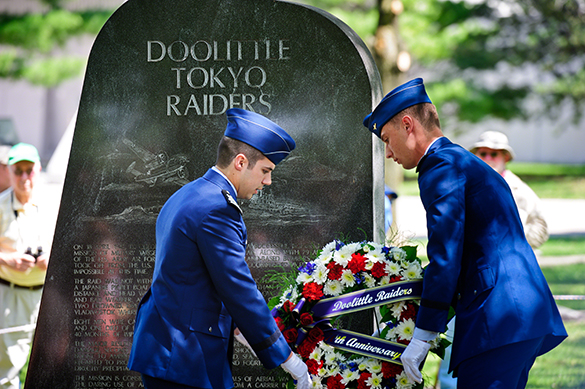 Today a memorial, one of many, stands at Wright Patterson Air Force Base in Dayton, Ohio in honor of the Doolittle Raid. In 2012 I was at the 70th reunion of the raiders and had the privilege of meeting some of them. What they did at a time when the mission was conceived as being impossible, is truly remarkable. 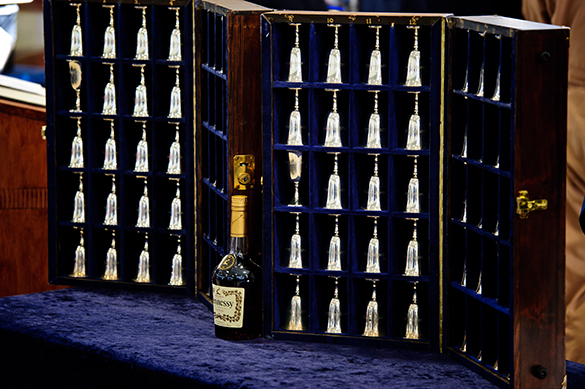 These sterling silver gauntlets were given to the Raiders by the people of Tuscon, AZ. Each one has the name of a crew member engraved both upside down and right side up. When one passes away, the goblet is turned upside down but the name is still legible. In 2013 three of the four remaining raiders opened the bottle of brandy kept with the goblets in a toast to their comrades. As I am writing this only two members of the original eighty are still with us. Today we honor those that survived and those that didn’t.