It’s been a crazy week and has put me a little behind of things but nevertheless todays blog would still get written. For a little change of pace it seemed like a good time to talk about another amphibious plane, one that I have always liked, the Grumman J2F Duck. This is a really cool and very rare aircraft, with only a handful of survivors remaining in the world, most of which are static only planes. 584 J2F Ducks were built to serve in a variety of roles in all branches of the US Military between the mid 1930’s and the end of WWII. 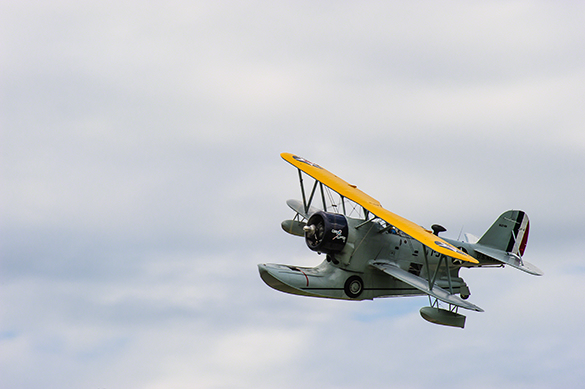 The Duck was designed at first as an executive transport for the Navy but it’s roles increased for anti submarine use and most importantly for air sea rescue of downed crewmans. The Duck first flew in 1936 with it’s Wright R-1820 Cyclone engine, equal span single bay biplane and large monocoque central float which housed its retractable landing gear. The landing gear is similar to Leroy Grumman’s design first used by Grover Loenings in his early amphibious biplanes. The Duck had a crew of two or three, a pilot and observer would sit in tandem and then a radio operator was also available. The storage space could hold two people or a stretcher. The main pontoon is blended into the fuselage making it almost a float plane. The landing gear are manually retractable like the Grumman F4F Wildcat. 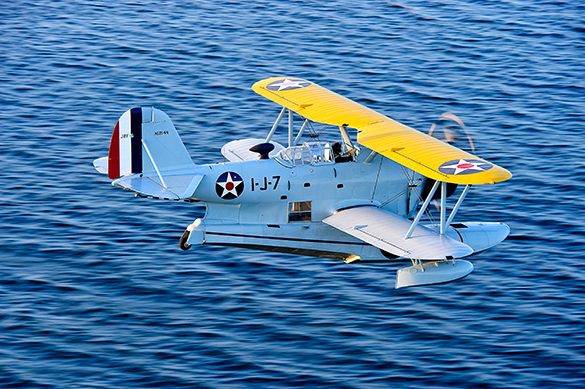 One of the most famous Ducks is the J2F-4 serial number V-1640 that crashed on Greenland on November 29th 1942 while trying to rescue crewman of a crashed B-17 the were looking for a downed C-53. The US Coast Guard aircraft was lost until 2012 when the North South Polar Inc discovered the location of the Duck buried under 38ft of ice still containing the three crewman. A really good book Frozen in Time by Mitchell Zuckoff has been written about the expedition. 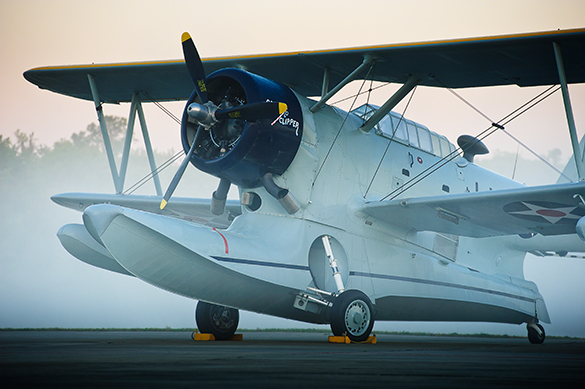 There is one Aviation enthusiast that has more experience with the Grumman Duck then any other person and that’s Kermit Weeks owner of Fantasy of Flight. He has owned four that are known about, two were traded, one is under restoration and the fourth is seen here, the Candy Clipper. This is not the original Candy Clipper but painted in honor of the aircraft that flew in the Philippines on Bataan during the battle. The original Candy Clipper was sunk but was later refloated by an American P-40 base. It made four trips to bring in much needed medical supplies and on one flight candy. Today the Candy Clipper can be seen flying over Fantasy of Flight and on certain occasions even landing on the lake that sits behind the museum.