A while back I saw an image on Google+ and it was a real nice basic landscape shot that was taken while laying down in the middle of the road. It really got my attention and made me want to go out and get a shot like it. Now I have always been an advocate of using man made roads when shooting landscapes because they can be just a great lead in. One of the great benefits of a road is it provides the viewers imagination of a journey. While I was out working on a new project last Saturday, after a big storm went through, I went out and chased the tail end of it before sunset. 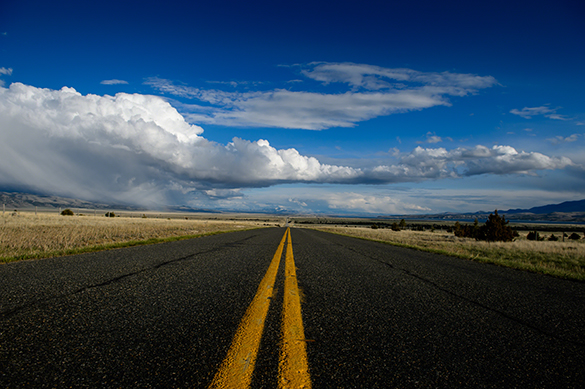 You can see here my attempt to copy the image I had previously seen and to me it just isn’t quite the same I still really like the angle. Finding those great spots where you can just stop and play with now cars around is pretty hard and it was just worth playing. Now I put up both of these images because they tell two very different stories while being shot with the same basic setup, D4 and 24-70 AF-S, and at the same spot. 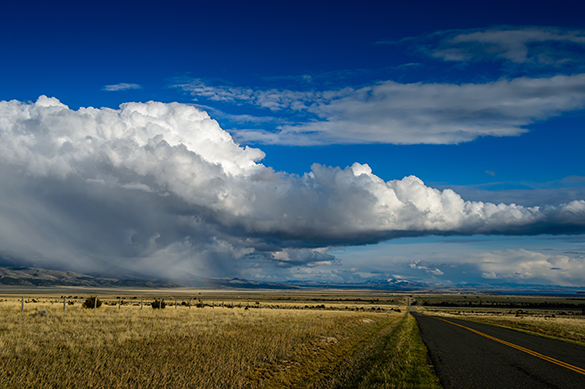 The top image is shooting up and that makes the road so much bigger then the storm making it feel like it’s not a big deal to drive around. The bottom image is the opposite shooting down the road showing how big that storm cloud really is. Little changes like this can make a huge difference with your landscape photography and it’s important to realize before you take that image not only what the subject is but how you are communicating what it is.