One of my favorite aircrafts is not a fighter or a bomber but just a way cool transport. This is the Howard 500, a corporate sled built in the 1950’s and first flew in 1959. Howard Aero Inc. was taking decommissioned military surplus aircraft and turning them into corporate aircraft. After the end of WWII there was a surplus of aircraft left, much of it was put into the landfills but some were sold off for various purposes and into private hands. Lockheed Venturas and Lockheed Lodestars were some of those that were left. Some of those planes continued to serve in multiple roles throughout various air forces in the world. Venturas and Lodestars were out of service by the end of 1945 in the United States. 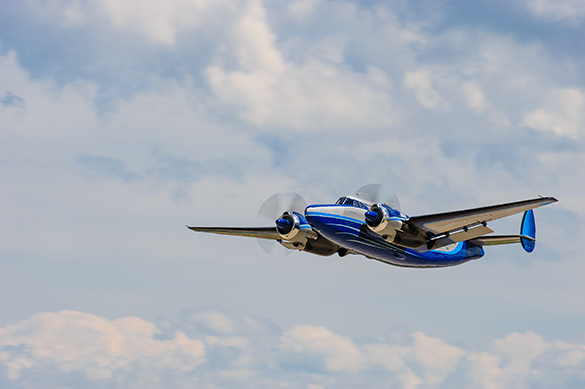 There has been much speculation about the Howard 500 as being modified Lodestars or Venturas while others say that only parts were taken off of the two to make the Howard. While the Howard bears resemblance to the two other planes, the entire plane is built around a new design. The only parts taken from Lockheed planes are the outer wing panels from Venturas and the undercarriage from Harpoons. Howard Aero Inc. purchased the plans and jigs as patterns for the Howard 500 but the plane was built to serve a different purpose and one of the big contributions was to make a pressurized outer system. The plane was capable of flying up to 16,000ft with a pressurized system of 46.5 kilopascals which was better then any other prop or turboprop executive airplane at the time. The Howard 500 was built to incorporate new Pratt & Whittney 2800 engines giving a max speed of 410 mph or 350 mph at cruise speed. The hubs were taken from F4U Corsairs and the spinners and four bladed props were taken from the DC-7 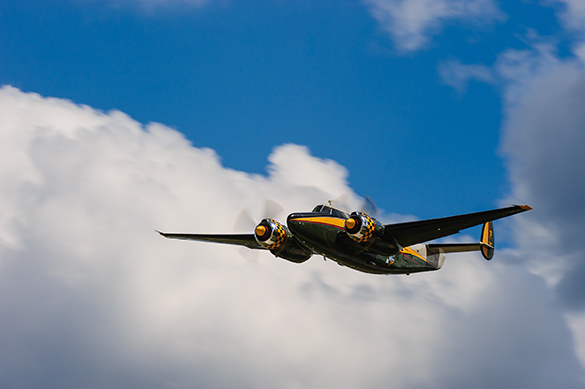 The Howard could travel 2,600 miles carrying 10-14 passengers. The fuel tanks on the Howard 500 were vastly improved over the PV-2 Ventura. Unfortunately the Howard 500 came into the market a little too late with many corporate entities using turboprop planes as corporate sleds. Only 22 Howard’s were built but another 8 were transformed from existing PV-2 Venturas. 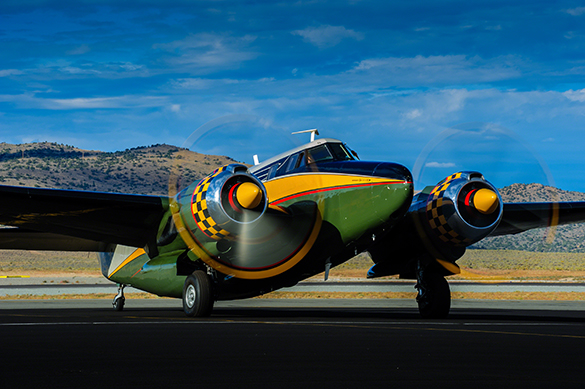 Of the original Howard 500’s built only two remain in flying condition. Both are based out of Anoka County Airport in Minnesota, both are owned and operated by Tony Phillippi and can be seen in the midwest quite often. N500HP, the green and orange 500, was at one point the only flying Howard in the world at one point. In 1997 it was named Grand Champion at EAA AirVenture Oshkosh. It was at Oshkosh in 2011 that I first saw the Howard 500 and it was in 2013 at Oshkosh that both Howard’s were present and gave quite a demonstration for the crowd. The planes are as beautiful as they are fast. Both inside and out the planes are just an immaculate corporate sled and more then that they are a great symbol of American ingenuity after the end of World War II.