Only half of the fun is spent on the ground, but the real thrill comes when that plane comes roaring overhead going hundreds of miles an hour and are gone as fast as they are seen. This is the time when you have to have good panning technique because those planes move by way to fast and you don’t always get a second chance. Even at an airshow when the planes schedules are often the same on multiple days, the skies are not always same. Besides the image being sharp the most important element after that is the background. When planes are flying they have to be seen as going fast because they are. There has to be something in the image to show off that momentum. Clouds in the background are a great place to start. 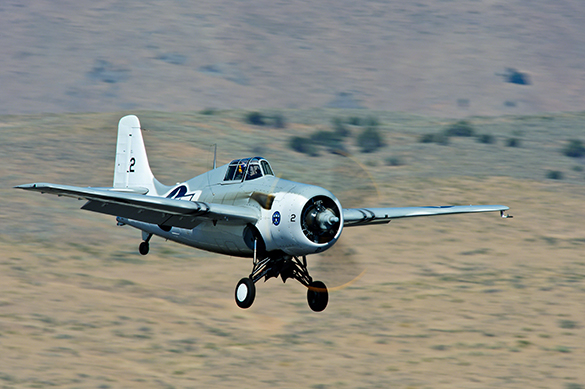 Clouds are a great place to start because they are everywhere. You just have to be panning when the plane is going by an area that has clouds to get that nice shot. In some instances the plane can be made to look like it’s going by even faster by having something behind that had more structure. If the plane is flying low enough or if you are standing up high enough something like a mountain can be compressed with a long lens and look like a blur behind the plane. This adds the speed and depth to the image. 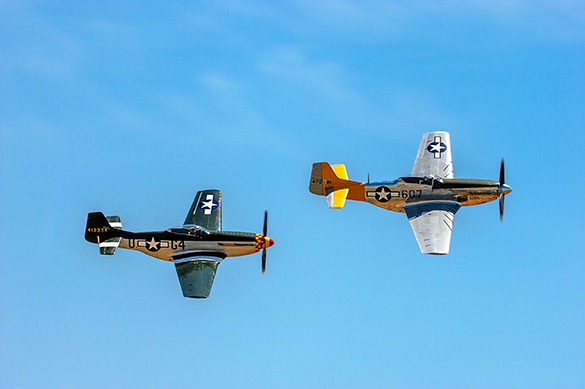 With prop planes there is one essential element that has to be shown moving and that is the propeller. If the prop is frozen then the plane looks like it is a model on a string and not moving. The only way to get that blur is with a slower shutter speed. There is a ratio of the number of blades, to how fast the prop is turning equals how slow a shutter speed. This can be as slow as 1/30 of a second to get a full 360 degree disk. If you don’t have good panning technique then the image won’t be sharp. Practice is essential to making it all work properly. 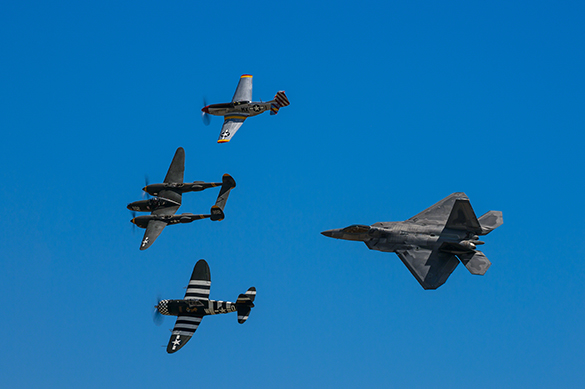 One other really key element to ground to air photography is paying attention to what comes next. You have to be planning on what planes are coming next, how many are coming, what direction and where is the best light coming from. You have to be constantly scanning the skies. If you’re not scanning the skies then by the time that plane is overhead and you’re not ready, you’ll probably miss the shot.