The great thing about working with aircraft is all the knowledge that comes with it. In order to capture better photographs you have to learn about the planes and use that history. Well today is another special anniversary, one of several this year, it’s the 75th anniversary of the first flight of the Chance Vought Corsair. The Corsair was one of the most difficult planes to get into service that the allies had. It took years of research and test flights to accommodate the Pratt and Whitney R-2800 engine with the bent wing design. The Corsair was originally designed for use on aircraft carriers but due to the long nose and problems with carrier landings the corsair went to marine based units on the islands on the pacific before use on frontline carriers. After much work at the Vought facility by test pilots like Boone Guyton, the Corsair was updated and made available for carrier use. 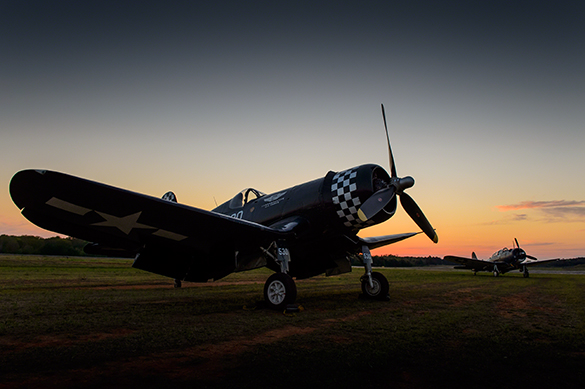 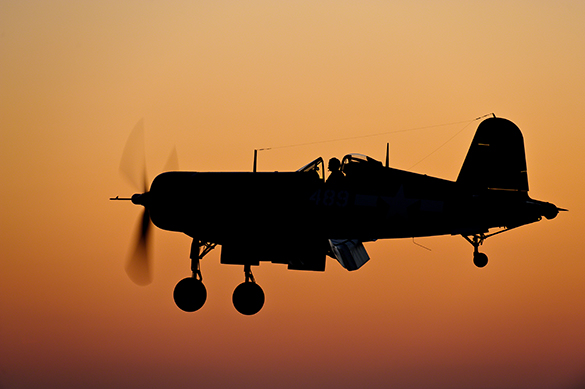 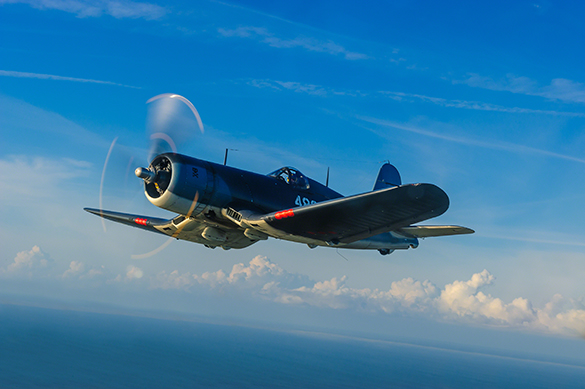 The Corsair became a staple for Navy and Marine units in the Pacific. While it was delivered to the Navy in 1942 tests proved it not ready and Marine units in February of 1943 started using the plane as a frontline fighter. It served throughout the rest of the war faithfully for the men that flew it. Like most planes being built in the United States, demand for the plane was so high that Vought had to license the design to Goodyear creating the designation of FG instead of Vought’s F4U. The three blade and four blade prop is indicative of the early planes and later planes built. There are few Corsairs left flying in the world but like most warbirds they are worth going to see. If the Mustang is the iconic fighter in the European theater then it’s safe to say that the Corsair is the iconic allied fighter in the Pacific.