When you are out and about you never know where that next great image will be and that’s why it is important to have your camera with you. If you saw my post yesterday then you know I had my camera with me while fishing. I have spent a lot of time on the Gallatin River and each time the river yields something different for me. I never know what but something. Well after looking over the weather and the clouds for that evening I knew the sunset would be a good one. 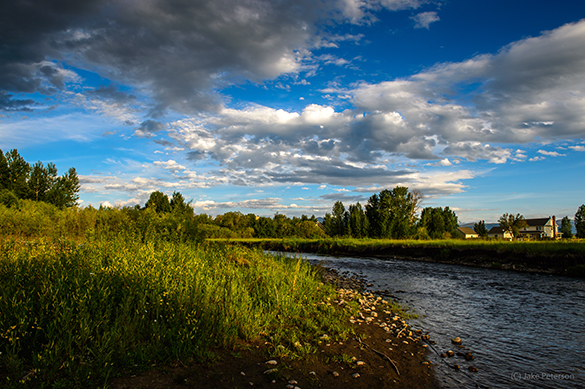 Spring is one of the best times of the year to be out shooting landscapes. The rich colors of the foliage makes everything look over saturated and often times in the worst light there is still something. Using the D4 and 24-70 AF-S f/2.8, these three simple clicks show the stages of light as it went down of the Gallatin River. Around 7pm the light was still high enough to make everything stand out. 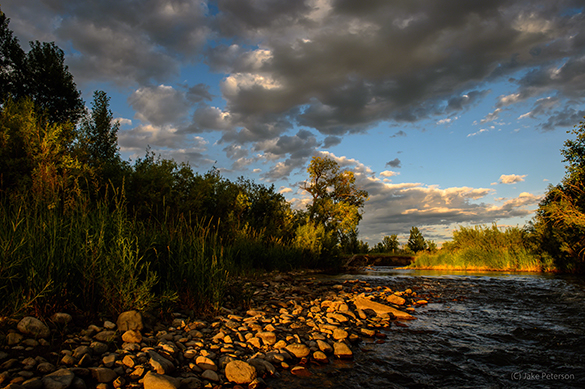 An hour later the light was fading and what remained snaked its way through the river canal highlighting some great spots while leaving others in the shadows. 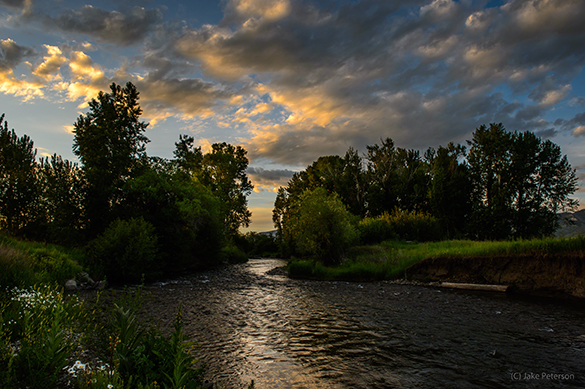 Then in the last breath of light left the sky lit up and what was left bounced off of the river. With a little help in Adobe Camera Raw those areas where the light wasn’t quite touching anymore but still were more prominent then others were easily brought out, showing exactly what it was like to be there on that great Montana evening.