Today marks a very important day in aviation history and world history for that matter. Today marks the 75th anniversary of the beginning of the Battle of Britain. This famous attack made by the German Luftwaffe started on July 10th 1940 and went all the way to October 31st 1940. The goal of the Luftwaffe was to gain air superiority over the RAF by destroying shipping. air bases and fighters. The Luftwaffe also started terror bombing during this campaign by bombing English cities in hopes that they would sign an armistice or surrender. England didn’t. Not only was the campaign a failure but it also led to the eventual cancel of Operation Sea Lion, the German amphibious assault on England. Many historians believe this to be the first major lose for the Germans during WWII. 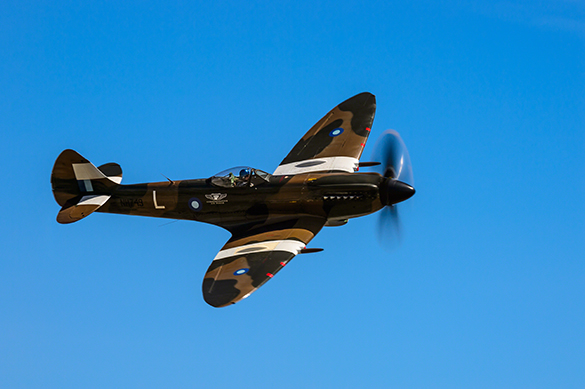 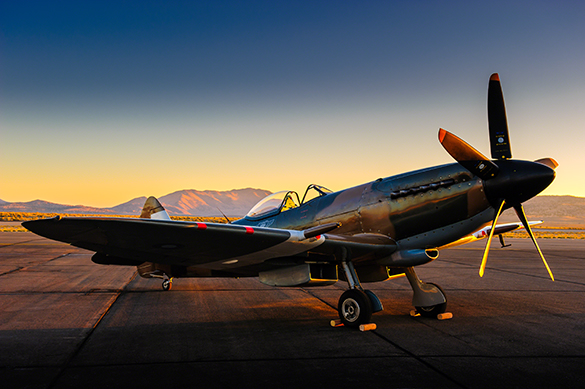 Two of the major adversaries during this campaign was the Supermarine Spitfire, Hawker Hurricane, Heinkel He 111 and the Messerschmitt Bf 109. There are only a handful of original flying examples of the Bf 109, most of which are in other countries. Spitfires on the other hand are quite numerous with flying examples found in many countries. Britain naturally has the greatest collection of Spitfires with one of every model in either flight or static condition. This particular beauty is a Supermarine Spitfire MkXIV and is part of the CAF SoCal Wing.