With everything going on right now in Wisconsin at EAA Airventure Oshkosh, I thought to myself, “why not write a post about Osh.” In the aviation community Osh is like nothing else. Just the name gets everyone attention because it seems like everybody has gone to Oshkosh at least once. It’s one of the largest gatherings of airplanes and aviation enthusiasts in the world. People from all over the world come to watch and enjoy in the spectacle. The best part is ever year is different. You never know what will show up. 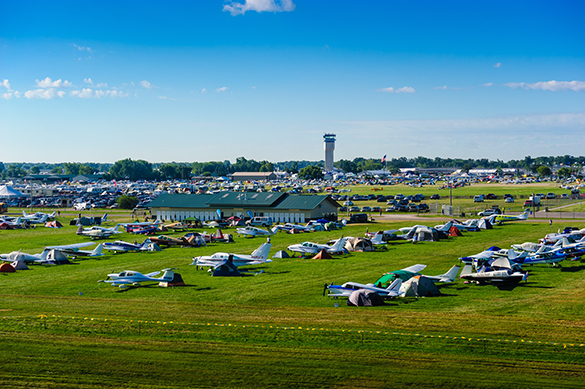 There are two ways to stay at Oshkosh, in a hotel which fill up a year in advance, or camping. Probably the most fun way to stay is under a wing of an airplane. There’s nothing quite like flying across country and then camping under the wing of the plane. Then again if it’s not for you then the campground is pretty darn nice to. Having done both of these, I can say each one is it’s own experience. 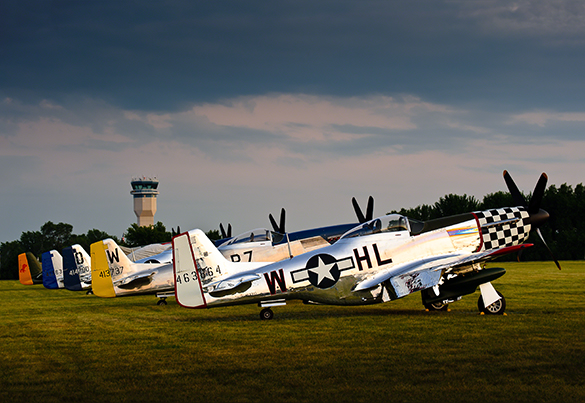 The great thing about Oshkosh is there is something there for everybody. From Warbirds, sports, homebuilts, seaplanes, jets, modern military, building classes, guest speakers and more. The amount to do there is just endless and you can quite literally wear yourself out just walking back and forth to see everything. This particular shot taken down in Warbird Alley where there are usually over a hundred warbirds parked on the grass of every make and model for the aviation enthusiast to enjoy. 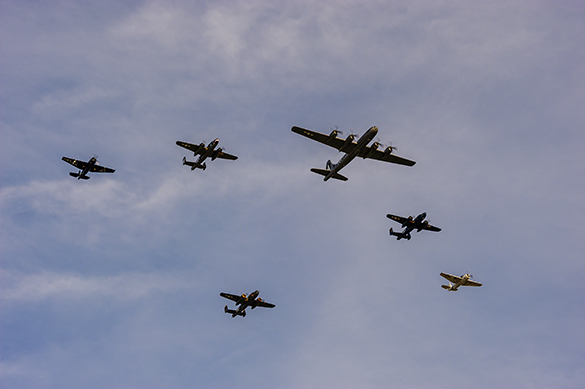 If the static planes aren’t enough then the afternoon performances will definitely make you stop and look up. From aerobatic displays to military demonstrations, the list of aircraft that take to the skies is always impressive. It’s not everywhere that you can layout on a beach blanket and look up and see all those great planes overhead. In 2013 there was a great bomber formation that flew over with the B29 “FiFi,” three B-25’s and two TBM’s. For a single display of firepower this one was pretty good. 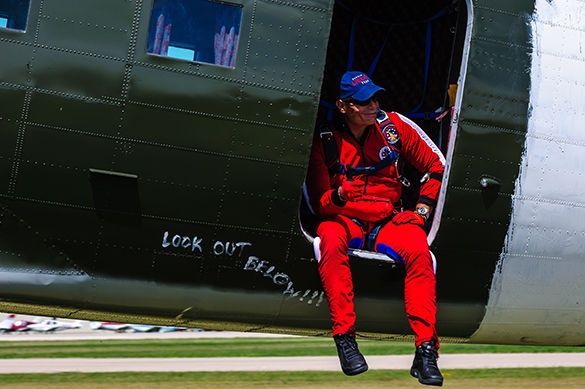 In the end it all comes down to the people. The volunteers making everything happen. The pilots that are flying the planes. Least of all the people that show up to watch. Non of this would be happening if there wasn’t the fan base to keep it alive and in the end it’s all about having fun.