One question that I’m always plagued with is, is it worth going back over older images and refinishing them? As programs become more advanced it becomes easier and easier to finish those favorite photographs that we all take. However, is it worth the time to do so? I truly don’t know the answer but I have discovered one truth. As I look over my older images I notice some that I did a good job with and some a bad job with. The ones that I didn’t do as good a job with I don’t use for anything they just sit on the hardrive. Therefore it makes more sense to take a look at those images that aren’t so popular and there is a very handy tool to help with that. 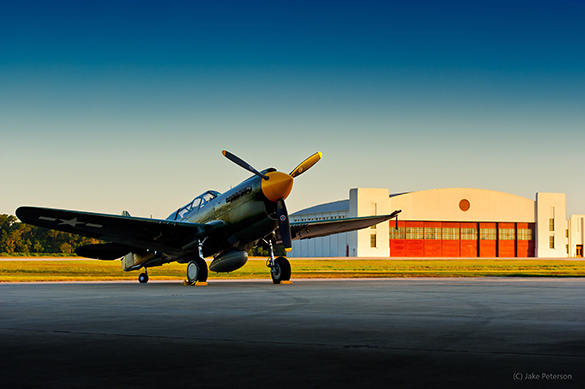 If you already have an image that you want to rework then you can either keep going where you left off or find the original image and start from the beginning. Lets say you want to keep going from where you left off, well now you can apply Adobe Camera Raw as a filter so you can make those subtle changes. This TP-40 is a great example because not only is it a rare plane but I ended up going through several steps that made for one large file. That’s one of the big benefits of going through ACR. 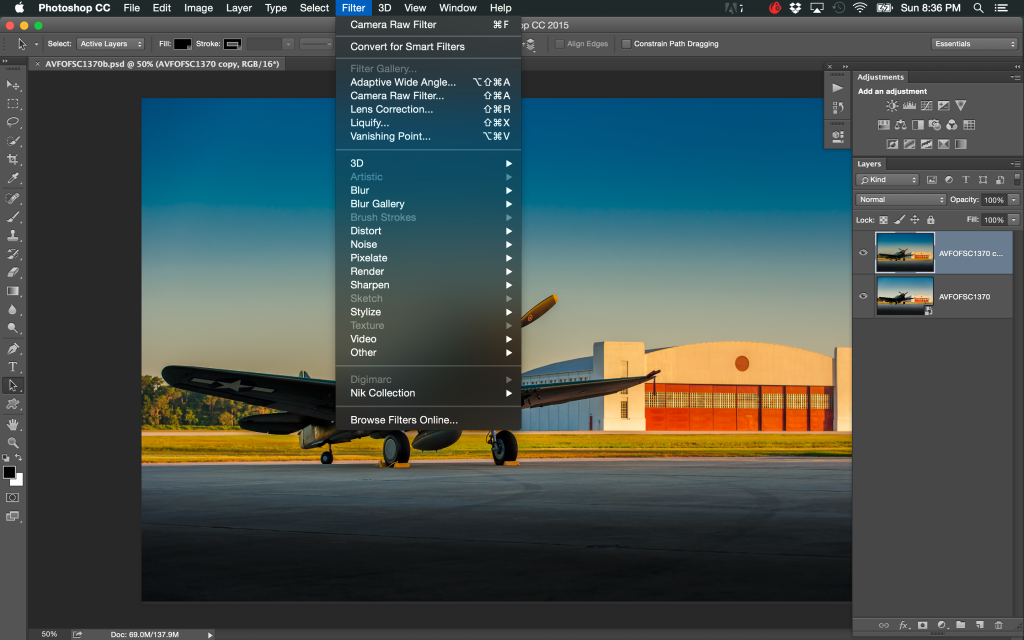 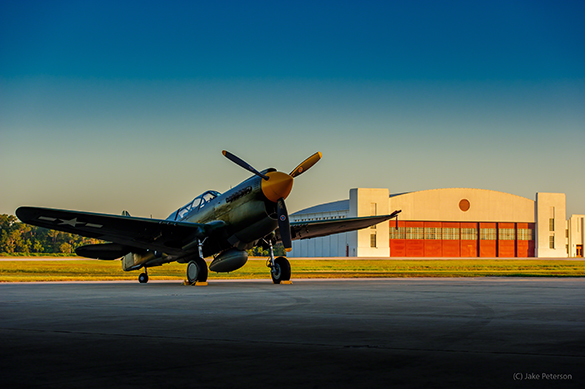 Here is the image after deleting the other layers and just applying the Camera Raw Filter. There is a subtle difference to the image, mostly with the highlights, and that was one area that I really wanted to change because it was too much. The other big difference you can’t see but the file size has been cut in half which is important later on down the road when that hardrive starts to fill up. Now when it comes to that question of reprocessing I still don’t have a great answer but in the end I think it comes down to whether the image in question is one that you use a lot and thus has already been seen or if it’s one that you don’t use and you have to ask yourself why that it is.