Well the smoke from the forest fires that have been burning off to the western half of the United States has finally found its way to Montana. Over the last week the smoke has slowly gotten worse and worse. Right now it’s so thick I can’t see more then half a mile out. The other day we had somewhat clear skies, enough at least to make an image or two. I grabbed the D4 and 70-200 VRII and went out to one of local spots to see if the sky would light up. It really didn’t. It pretty much fizzled out but there was enough glow to put behind something. This strand of Cottonwoods worked just fine. By underexposing 2 stops I was able to bring out more of the mood of the scene and then in post I brought up the exposure under the trees to have more visual separation between the background and foreground. 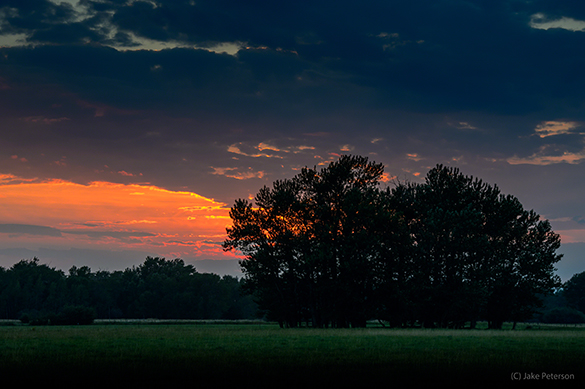