I really couldn’t think of a great post today but I was working on some images from a project right and figured I’d share. This is Fagen Fighter’s B-25J “Paper Doll.” This B-25 has switched hands several times over the years before ending up as a fire bomber in 1982. It was delivered to the USAAF in June 1945 but never saw service. It was then transferred all around the country and into Canada for a while. It was the last B-25 fire bomber and was retired in 1992. The B-25 was restored to military specks in 1998 and flew as Sunday Punch for a while before being bought by Fagen Fighters and restored to Paper Doll. One thing I noticed while flying air to air with it last May was how well it blended in with the Virginia background. 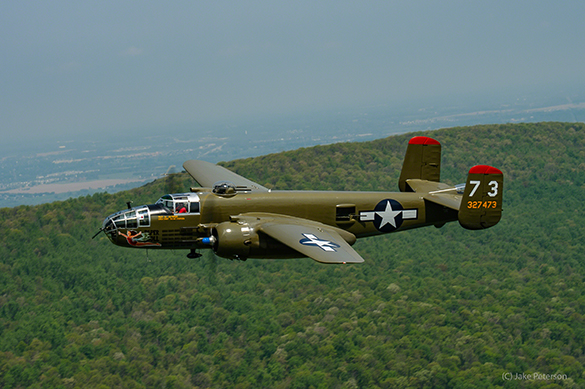