Down the river only a mile from my Bald Eagle friend was another of the local inhabitants, the Osprey. It must’ve been a decent day to be out fishing but I didn’t get that memo. It was a similar setup to the eagle . This one was perched on a great branch across from a pullout. The lighting hadn’t changed but got worse as it was almost sunset. Same photo rig, D4, 600f4, TC-17E II and high speed crop. Yes it was a ways away and I couldn’t do much the way it was but the head gesture was all I needed. I got one burst in before it flew off making that high pitched shrill as it flew. This one shot was sharp and it was the one that I wanted because it said everything there was to say in a simple gesture. “Nope, you aren’t taking my picture.” 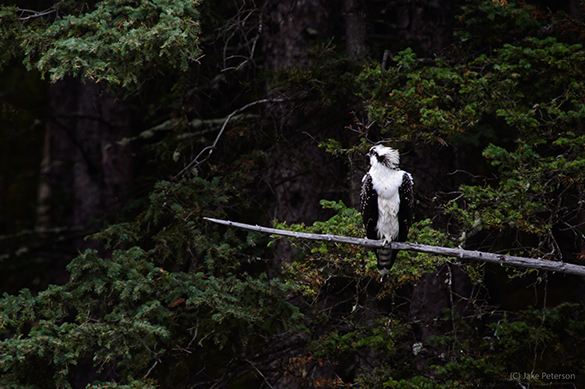