One of the last prop driven piston powered airplanes that came out of WWII in the United States was the A-1 Skyraider made by Douglas Aircraft Company. The A-1, formerly AD, first flew in March of 1945. It continued flying with the US Air Force until the 1970’s. The last Air Force to retire the Skyraider was the Gabonese Air Force in 1985. 3,180 were produced between 1945-1957. The prop driven single seat fighter was a stand out in the jet age. It was nicknamed the “Spad.” 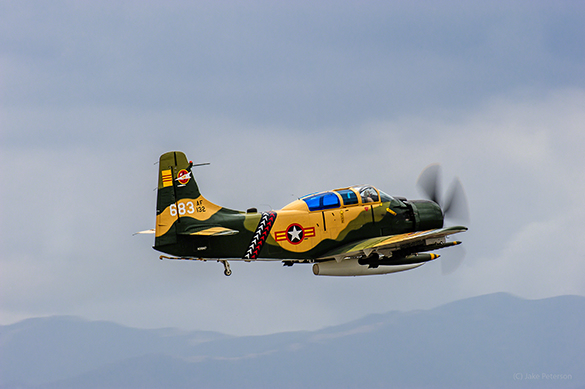 The Skyraider was the next in line dive torpedo/bomber aircraft to follow after the Helldiver and Avenger. It was built for the US Navy for carrier based operations. Built in El Segundo, CA the Skyraider was strikingly different then other jets at the time with straight wings and seven hard points per wing allowing greater low speed manuverability and a massive payload capability. Unlike other fighters that were used after WWII the Skyraider was equipped with armor plating in key areas to help with ground fire. Initial productions were designated XBT2D-1. Ed Heinemann and his team at Douglas found that by reducing weight, for every 100lbs of weight lost the takeoff distance was reduced by 8ft, combat radius increased by 22ft, and rate of climb increased by 18ft per min. Several modifications were made achieving weight reduction up to a total of 1,800lbs. Initially the planes were painted in traditional Navy blue but after the Korean War the standard gull gray and white became standard. The US Air Force started painting their planes with a dual green and tan. By 1960 the Skyraider was being pulled off of the supercarriers but remained on the Essex class carriers. 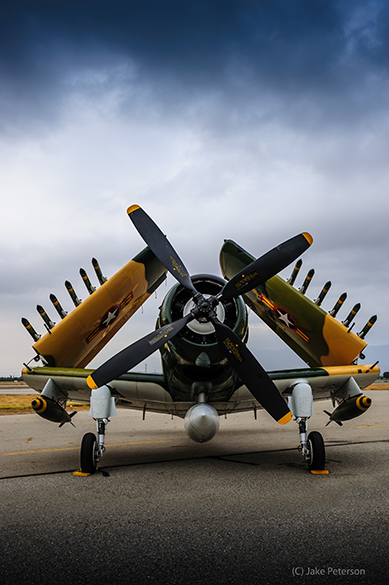 Most of the AD’s career was during the Korean War and Vietnam War being operated by the US Navy and US Marine Corps. Throughout Korea the skyraider was one of the most capable bombers, outdoing most of the jet aircraft during that time. It was used in close ground support missions. The AD was known for one torpedo run made on May 2nd 1951 against a North Korean dam. The first and only aerial victory occurred on June 16 1953 against a soviet made biplane. 128 Skyraiders were lost during Korea. 101 due to combat the other 27 due to operational incidents. 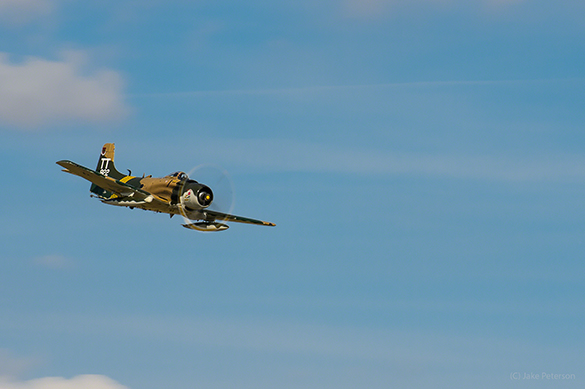 During the Vietnam War the Skyraider was being replaced by the A-6 Intruder as the primary carrier wing aircraft. Many remained in service with the Marine Corps and were later used with the USAF and the South Vietnamese Air Force. The AD had two aerial victories throughout the Vietnam War against MiG-17’s. The Skyraiders most famous role was for the “Sandy” helicopter combat rescue missions. In 1972 all A-1 Skyraiders were transferred over to the South Vietnam Air Force where they got their extreme survivability and tough demeanor.

The Skyraider was used throughout several countries and Air Forces including the United Kingdom, Sweden and France. While not the most famous or glorious of Navy aircraft, A-1 Skyraider certainly has earned it’s spot in Aviation history. It proved that a piston powered aircraft could still make its mark in the jet age. Today only a handful survive.