I’ve thought a lot over the last couple of years on the impact of regulated hunting and wildlife conservation, especially when it comes to photography. I have always tried to document and capture the natural beauty of the world and the inhabitants in it. It seemed counter intuitive therefore to work with hunters. The reality as I have come to understand is that I am a photographer and my job is to document all that comes my way. Regulated hunting, while some find it horrible, still contributes the largest percentage of money to wildlife conservation and land management. While some argue this, the benefits to threatened and endangered species for having those large areas of public land set aside and protected is essential. 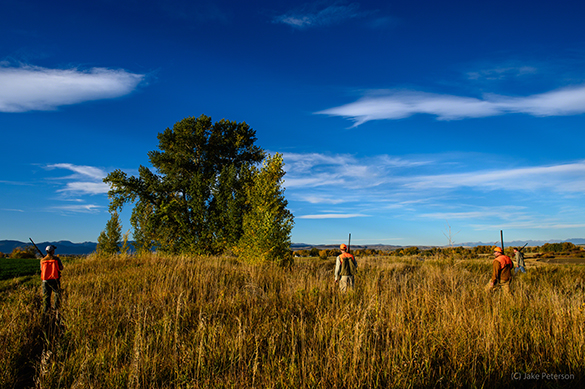 This past weekend while Mikey was in town, one of his goals was to go hunting. Generally he gets a Doe tag and spends the day out in the woods. Well this weekend was so busy that he didn’t have time so we ended up going Pheasant hunting on my friends ranch instead. I say we because I decided to go along on my first ever hunt, not so much for the kill but to see what the photography would be like. 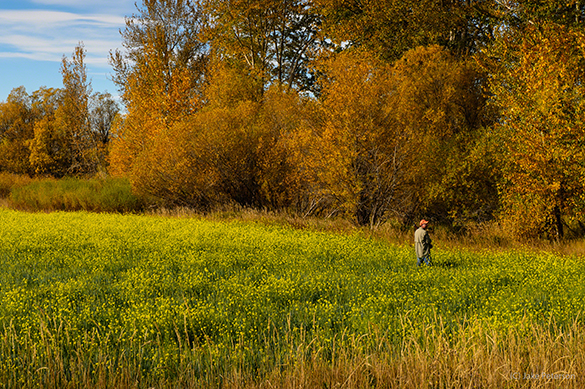 It was a beautiful fall morning, and I’m using the term fall loosely because it feels like September still. It was Mikey, Alex, his Dad Mike and Will a family friend of theirs. There was also Augy, the dog. Augy would be on point and we walked through the tall grass pushing the cubbies until they flew off to a new location. Hens are off limits due to reproduction rates. Males Pheasants were the only bird allowed to be shot. While they ended up getting two of the three flushed, it was not quite the morning that everyone expected, partly due to it being so warm and with such high cover allowing the birds to run instead of fly off. 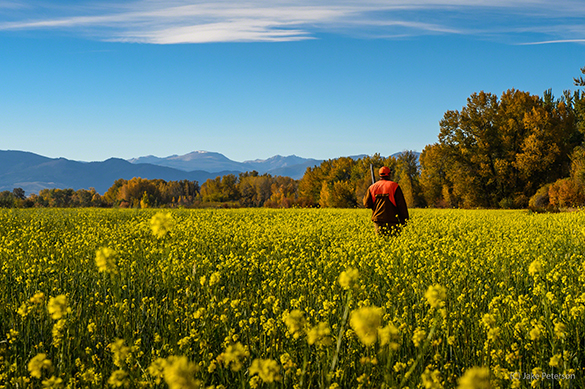 For myself I didn’t really care how many birds they got, I just enjoyed the fall color. I was always behind everyone else where it was safe. They thus became the subject for many of the shots. Between the fall color in the background, the Mustard Grass patch we found and the orange vests, it was a collage of overwhelming color. The light was beautiful and the color was great capturing the right gesture with the D4 and 24-70 AF-S was the real challenge. Well I have to say I learned quite a bit for my first time out, but there is still more to learn.