Since yesterday was the 77th anniversary of the first flight of the P-40 Warhawk and today is my weekly aviation Thursday post, I thought, why not combine them. On October 14th, 1938 Curtiss test pilot Edward Elliott flew XP-40 for the first time over Buffalo, NY. Edward flew for some 300 miles in 57 minutes at an average speed of 315mph. The P-40 was improved to go up to 366mph. In April 1939 the United States Army Air Corps placed the largest order for single seat fighters up to that point of 524 P-40’s. P-40’s became a training and front line fighter for years until other fighters replaced it. The P-40 has a huge legacy that spans the length of the globe. One of the first planes I wrote about in this new blog section is the P-40. Why? Because it is one of my favorite Warbirds. You can read about it’s history here. Happy Birthday Warhawk. 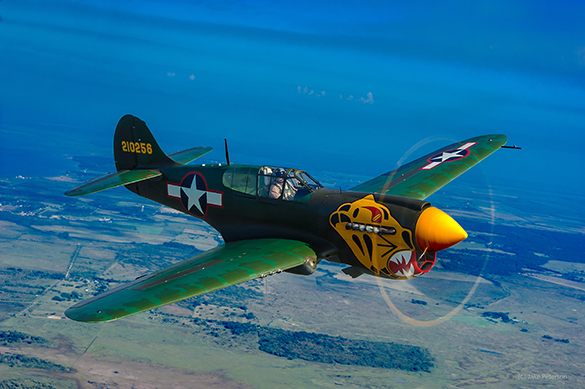