Life is full of surprises! Over the last couple of years I have spent a good deal of time working with the Texas Flying Legends Museum and the one thing that I have learned with the group is to be prepared for anything. When I went down to Houston this past weekend I was quite taken when they announced the newest addition to their fleet, the Supermarine Spitfire MkIX. This absolutely gorgeous WWII vet having survived the Battle of Britain and the D-Day+9, has resided in the United States for years tucked away being cared for. It is now in the hands of a great group of pilots who will fly the Spit in honor of those that did before. 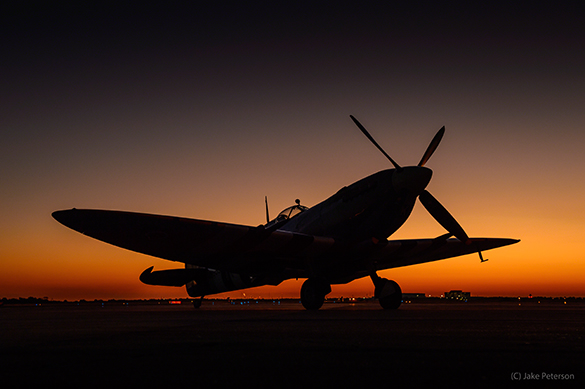 Throughout the airshow people would come over to the Spitfire and look in awe as it was parked on the ramp. While many Spitfires still exist and fly today, there aren’t many still in the US, let alone a vet. Monday morning before our flight out Dad, our good friend Joe Glyda, and myself enjoyed a static shoot with the Spitfire in the early morning light. The iconic elliptical wing design stood out so prevalently as the sun rose that it made an impressive silhouette. The three of us spent a lot of time just looking at the Spitfire enjoying seeing the history that was in front of us. 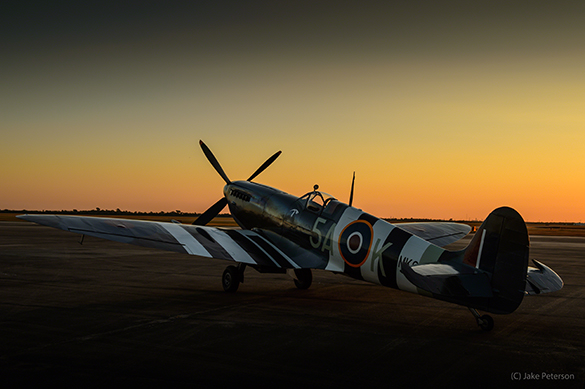 As the sun got higher more of the details started to appear. The D-Day invasion strips which go vertically on the tail of this aircraft unlike others, the squadron and wing units, and of course the British markings. It’s truly amazing where history survives and how it comes back into the light. As the owner put it while we were discussing the plane, this is nothing new it has just come back out into the world again.